Emily in Paris is back for season 2!

Emily in Paris is an American comedy-drama TV series streaming on Netflix. The show follows Emily, a driven 20-something American from Chicago who moves to Paris for an unexpected job opportunity. She is tasked with bringing an American point of view to a venerable French marketing firm. Cultures clash as she adjusts to the challenges of life in Paris while juggling her career, new friendships, and love life.

As a part of their promotion, did you notice that some of their posters are paying tribute to La Nouvelle Vague (The French New Wave)? 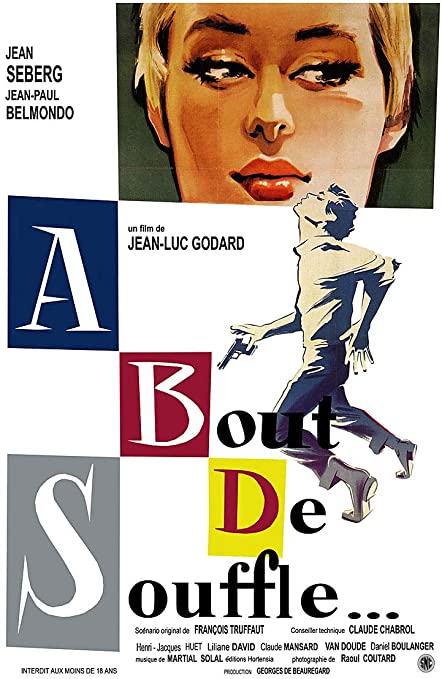 Marseille, a Tuesday morning. Michel, a young, petty criminal, steals a U.S. Army car and takes the main road towards Paris. On his escape to Paris, he accidentally shoots a policeman with a revolver. Everything goes wrong.

The next day, arriving in Paris, Michel finds a young American student, Patricia, with whom he is having a love affair. She wants to become a journalist and, in order to finance her studies at the Sorbonne, sells the New York Herald Tribune on the Champs-Élysées... Thus starts the adventure of Breathless. 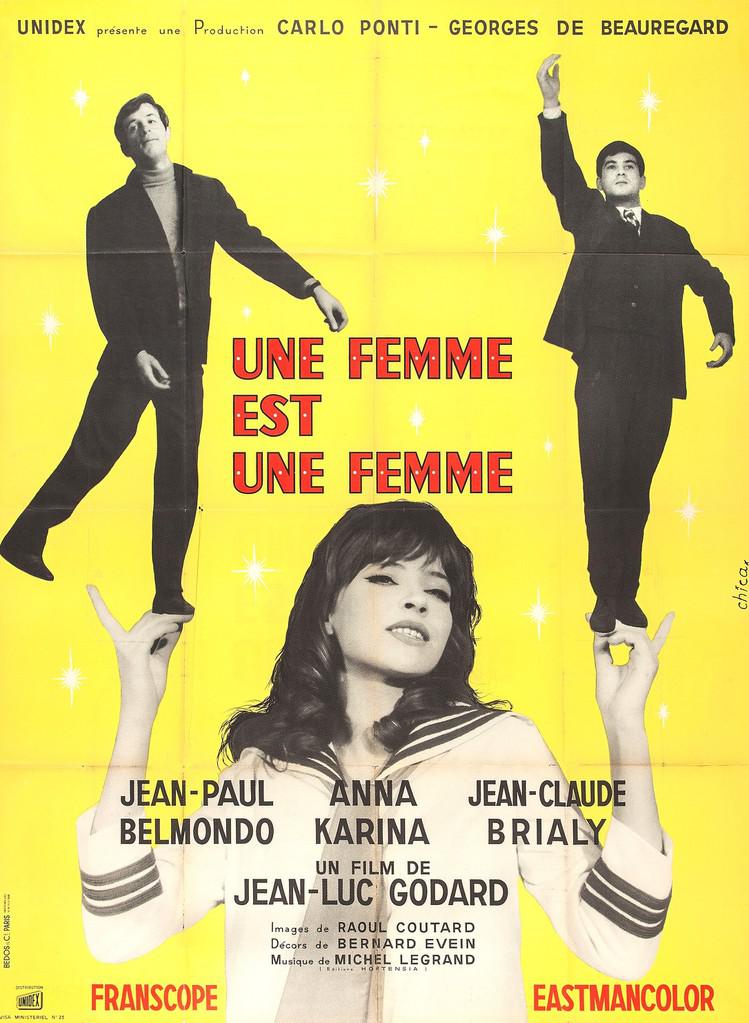 Angela is a stripper in a small bawling house on the rue St-Denis. Emile is a bicycle racer and sells books on the sly to support their daily lives. Their union is whimsical, but solid, until the day Angela urgently asks for a child. Emile, who does not feel ready for marriage, refuses.

Angela stumbles and threatens to find a more understanding friend. This friend is Alfred, who would be delighted to do this service, but he loves Angela, which complicates everything. Emile refuses to take this seriously, but starts to worry. When he realises that Angela has made up her mind, and that she has scientifically chosen a suitable date for what she wants, he runs to the cabaret to find that she is not there; she has gone up to Alfred's house. He then tells them that he is leaving for Rio. Angela will then come back soon, and soon they will turn off the light. 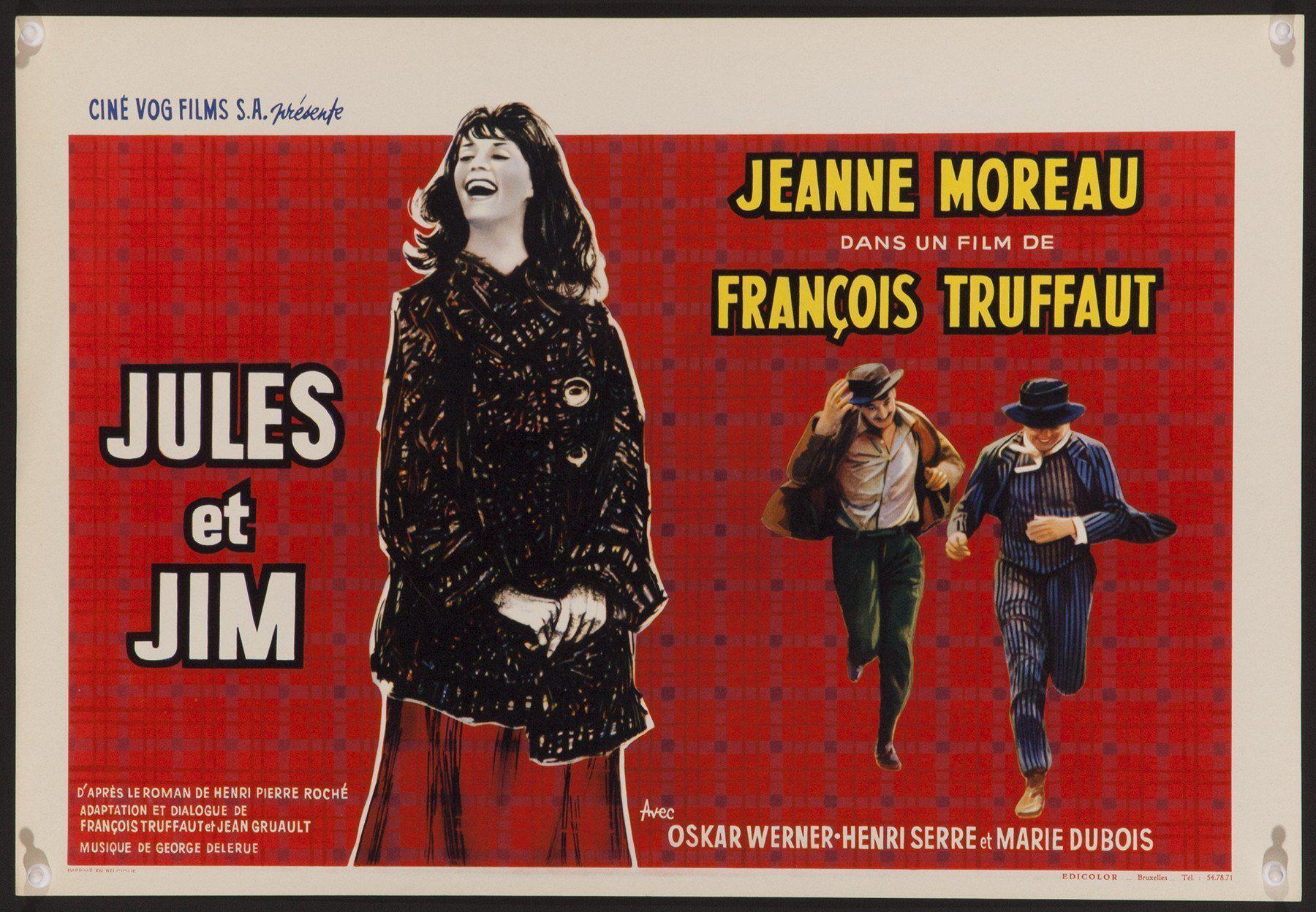 Decades of a love triangle concerning two friends and an impulsive woman. Jules is German, Jim is French. These two artist friends live in the Paris of the 1900s. A photograph of a sculpture of a woman with a strange smile fascinates them and takes them to Greece.

Back in Paris, they meet Catherine, who looks strangely like the sculpture. Jules marries her. Then war breaks out. After the armistice, Jim meets his friends in a chalet in Switzerland, where they live with their daughter, Sabine. Catherine falls in love with Jim. 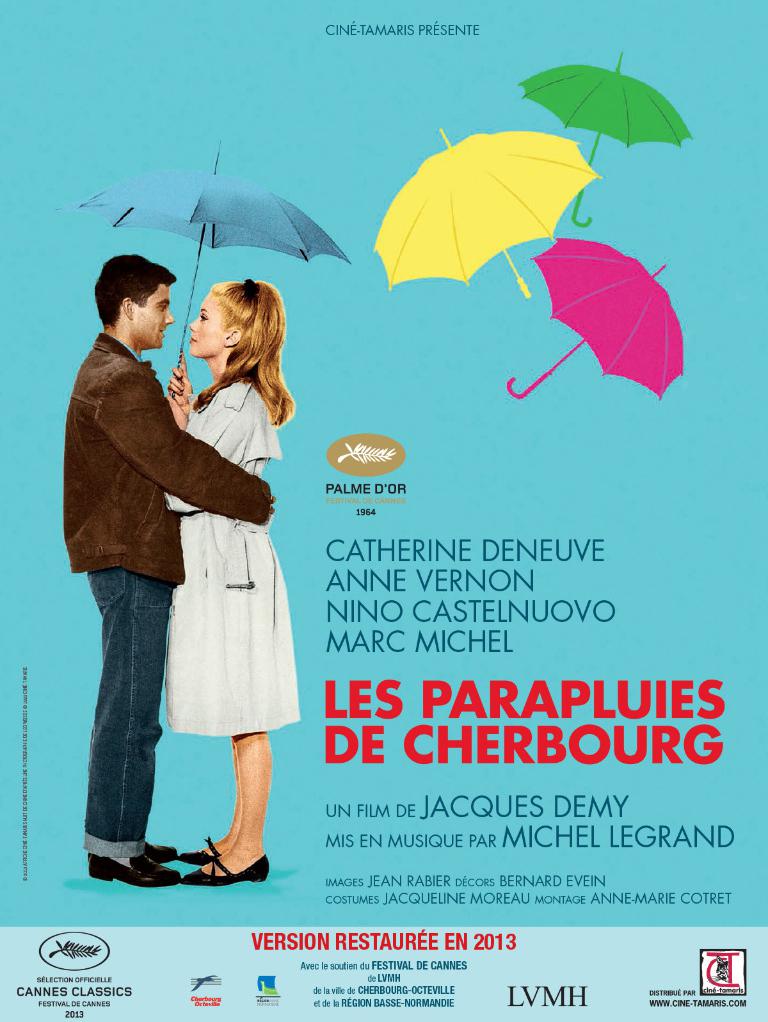 Cherbourg, November 1957. Mrs Emery and her daughter, Geneviève, run a shop called Les parapluies de Cherbourg. Geneviève is in love with Guy, a mechanic in a garage. Her mother disapproves of the relationship when she finds out. The young man is raised by his aunt, who is seriously ill. He is called up for military service in Algeria.

Pregnant and distraught because she has little news of Guy, Geneviève, at her mother's insistence, marries Roland Cassard, a wealthy gemstone merchant. She leaves Cherbourg with her mother. Throughout the musical film, all the characters' dialogue is conveyed through song.

Become a member at Alliance Française de Hong Kong and borrow the DVDs at the library at Jordan Center!