12 of the Best French Films to watch this Summer 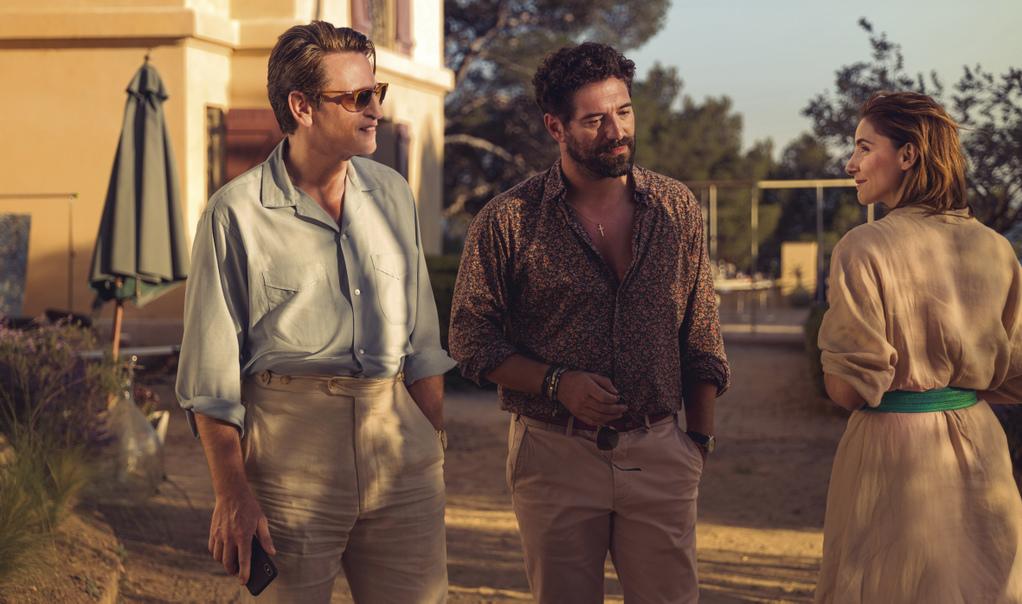 Enjoy the last stretch of the holidays traveling to France through your screen and improve your French with a Summer twist!

Here are 12 classic French films, from comedy to drama, dating back from the French New Wave to more recent productions.

Love stories at the beach, surprising mountain hikes, fights under the sun, crimes next to the swimming pool, surf sessions in the South of France, summer camps… those movies will make you travel in the space of  an evening.

Enjoy a French Summer splash with this movie selection! 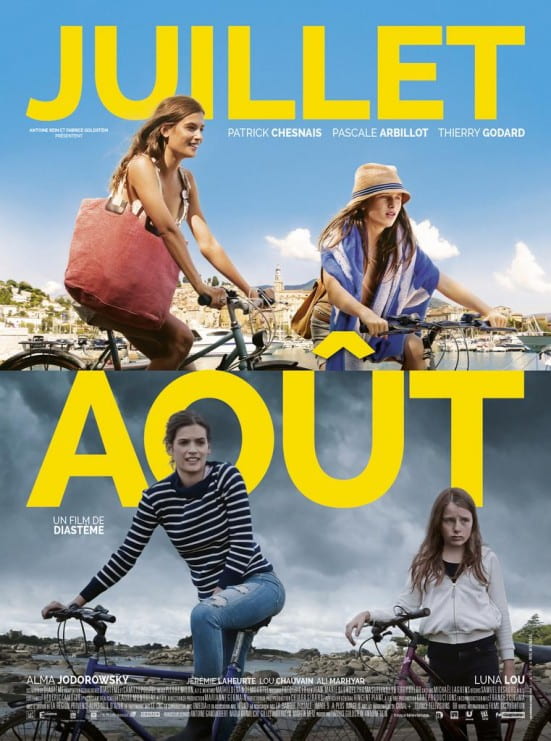 This comedy is a movie about summer holidays as many French families know them. You’ll discover two French summer sides: holidays in the North-West and in the South, which gives a second wind to this tender, simple and unpretentious film, which puts complex family situations, arguments and love affairs into perspective.


Synopsis: Two sisters, Laura 14 and Joséphine 18, spend July with their mother and August with their father. During the summer decisions are taken, secrets are revealed and relationships change.


Comedy directed by Diastème and released in 2016. 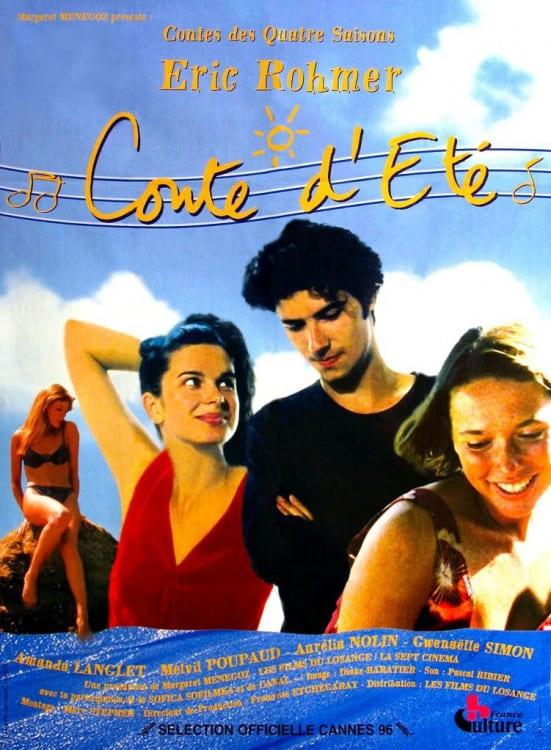 This is a lovely summer’s love story, an outlook regarding relationships, friendship and love. Characters are portrayed in a realistic way by Rohmer who is one of the last directors from the French New Wave. This movie shows how holidays are experienced by those young adults, in whom one may end up seeing oneself.


Synopsis: A shy maths graduate takes a holiday in Dinard before starting his first job. He hopes his sort-of girlfriend will join him, but soon strikes up a friendship with another girl working in town. She in turn introduces him to a further young lady who fancies him. Thus the quiet young lad finds he is having to do some tricky juggling in territory new to him.


Dramatic comedy directed by Eric Rohmer and released in 1996. 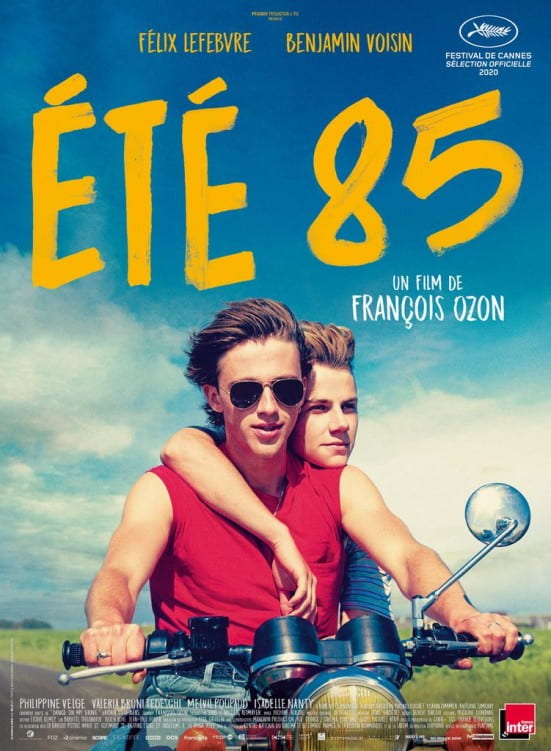 In addition to a love affair with a good twist, Summer of 85 is an amazing movie thanks to the music, the images and the costumes used. Back to the 80s, this movie is also a poetic one, with a touching young boy who asks questions about himself, his future, his sexuality…


Synopsis: When 16-year-old Alexis capsizes off the coast of Normandy, 18-year-old David heroically saves him. Alexis has just met the friend of his dreams. But will the dream last for more than one summer? The summer of 85.

Want to watch this movie? You can find it on Prime Video. 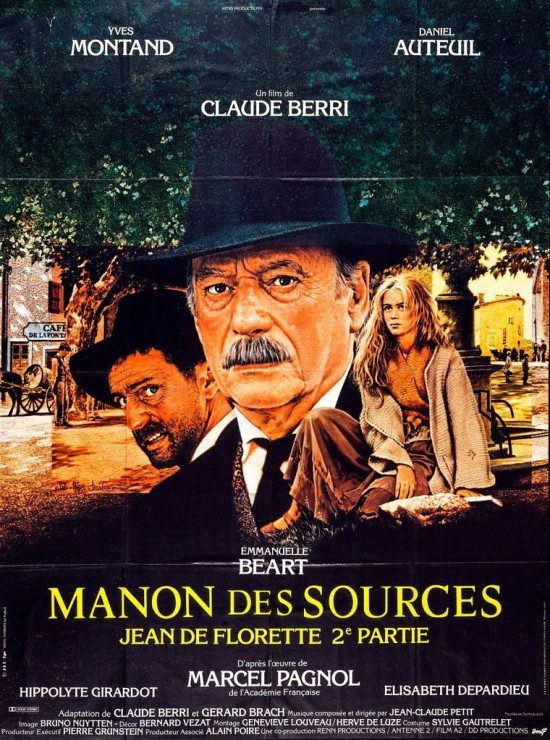 This story is taken from the famous novels of Marcel Pagnol about his childhood in the South of France, near Marseille. This film mixes comedy and drama to perfection, thanks to its renowned actors. The dialogues are very poetic, Emmanuelle Béart is sublime, and the atmosphere of the Marseille countryside at the beginning of the 20th century is perfectly restored.


Synopsis: A beautiful but shy shepherdess plots vengeance on the men whose greedy conspiracy to acquire her father's land caused his death years earlier.


Drama directed by Claude Berri and released in 1986. 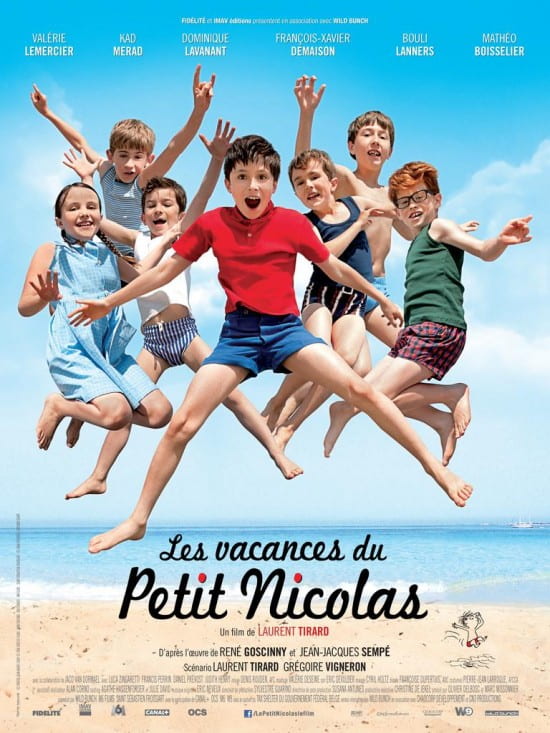 Based on a famous book written by Sempé and Goscinny, this family film recalls the holidays of many French people in the 60s. This is about childhood, family and friends. The vintage side is stunning, through the use of color and textures, the scenes, the time-warp costumes and details such as the cars which match perfectly with the time-frame of the film. Last but not least, the casting is made of well-known actors.

Synopsis: The long-awaited moment of summer vacation has arrived. Little Nicolas, his parents, and Grandma head to Hotel Beau-Rivage by the seaside. On the beach, Nicolas quickly makes a new set of friends but also gets to know Isabelle and believes his parents want to force him to marry her. Misunderstandings accumulate, blunders begin. One thing's for sure: for everyone, this will be an unforgettable vacation!

Comedy directed by Laurent Tirard and released in 2014. 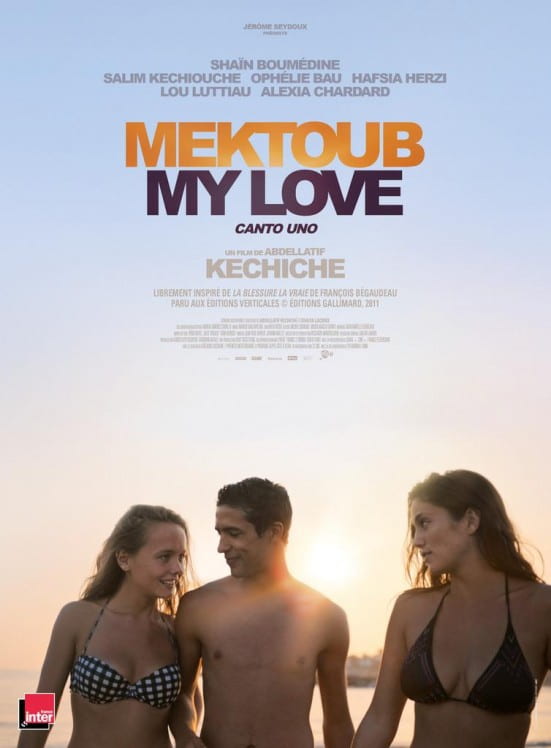 This movie brings to the fore the summer lights of the Mediterranean coast. Kechiche is well known for bringing sensuality by taking the best out of his brilliant actors, and captivating his audience. This movie is about a quest for love, for inspiration, and the importance of the Mektoub ("destiny" in Arabic). This isn’t an action movie, but more an ode to the youth, the non-ending summer, and the quest for love.


Synopsis: Amin, an aspiring screenwriter and photographer, returns to his hometown, a fishing village in the south of France, after living a year in Paris. He spends his time hopping from beach to beach and from bar to bar, finding his childhood friends and chasing new encounters.


Romance directed by Abdellatif Kechiche and released in 2017.

Want to watch this movie? You can find it on Prime Video. 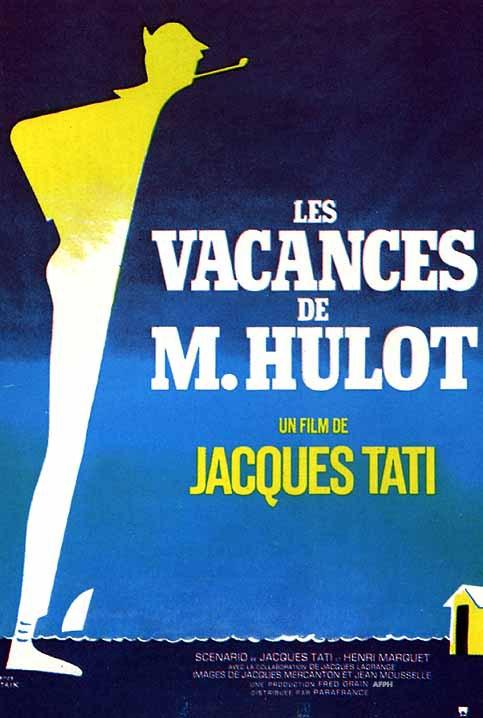 Monsieur Hulot is a simple but non-conformist character who doesn't realise the problems he causes around him. This film is poetic, funny and nostalgic. We are plunged into the heart of French summer holidays in the 1950s: train departures in crowded stations, overcrowded carriages, old coaches, the chore of postcards, and then the farewell to friends. This film laughs at people's characters, their habits, and the prevailing hypocrisy.


Synopsis: In a seaside resort on the Atlantic coast, vacationers settle in, their city dweller habits in tow. Monsieur Hulot, behind the wheel of his clanking old jalopy, shatters the summer quiet. To the children’s great delight, he’ll offer the hotel residents a vacation like one they’ve never known before.


Comedy directed by Jacques Tati and released in 1953. 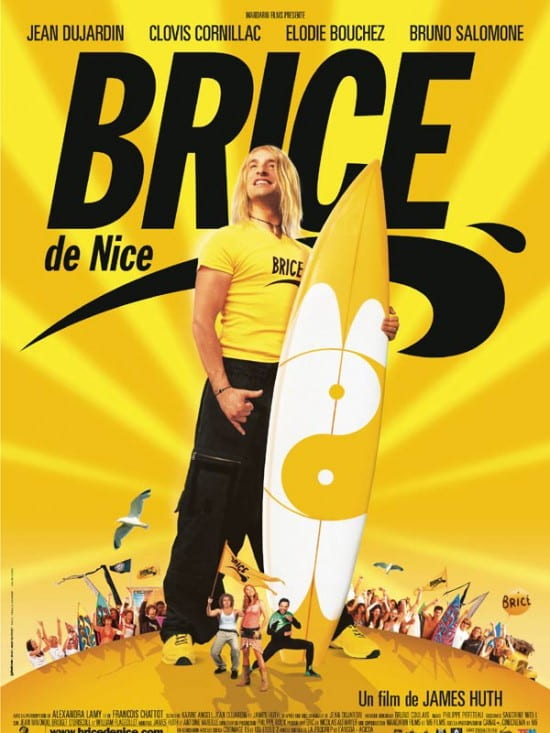 This zany film was a hit in France. Some lines have even become expressions used by young people. The main characters are somehow original and misunderstood by the rest of the population, which makes them even more unique. They live in a bubble by the sea, on the South and the West coast.


Synopsis: Brice, an eternal teenager approaching 30, neglected by a wheeler-dealer father and an absent mother, has taken refuge in a posture, a style, by which he expresses his true, inner self: he’s a surfer, a winner. Like Bodhi, the hero of “Point Break,” his favorite film, Brice is waiting to surf HIS wave – in Nice! As absurd as this seems, no one dares to mock Brice, for he’s a formidable swashbuckler with language and he’s made it his specialty to ‘break’ everything and everyone with his verbal repartee.


Comedy directed by James Huth and released in 2005.


Become a member and book it online. 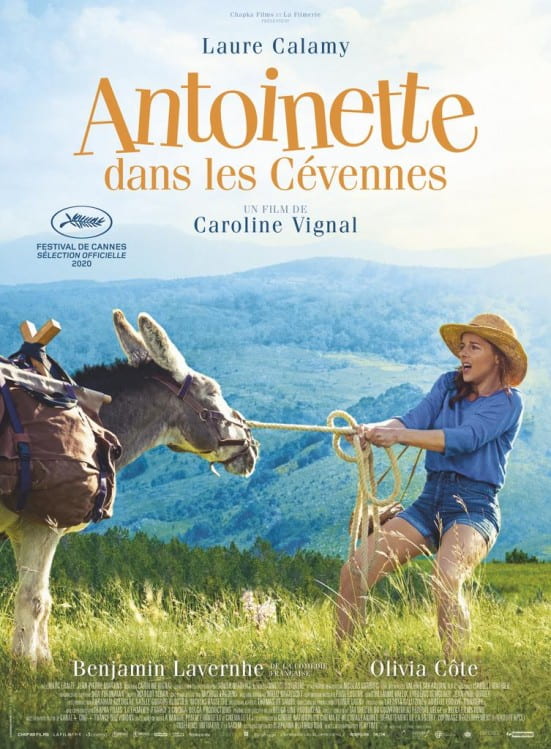 If you missed it during the French Film Festival in Hong Kong (2020), this charming and bucolic comedy is a great surprise. Paying tribute to the Scottish writer Stevenson and featuring Laure Calamy, a talented French actress, her character is as  funny as touching. Set in a stunning  mountain scenery,  this movie is a true beacon of positivity.


Synopsis: Antoinette, a school teacher, is looking forward to her long planned summer holidays with her secret lover Vladimir, one of her pupils’ fathers. When she learns that Vladimir cannot come because his wife organized a surprise trekking in the Cévennes National Park with their daughter and a donkey to carry their load, Antoinette decides to follow their track, by herself, with her own stubborn donkey.


Comedy directed by Caroline Vignal and released in 2020.


Want to watch this movie? You can find it on Prime Video. 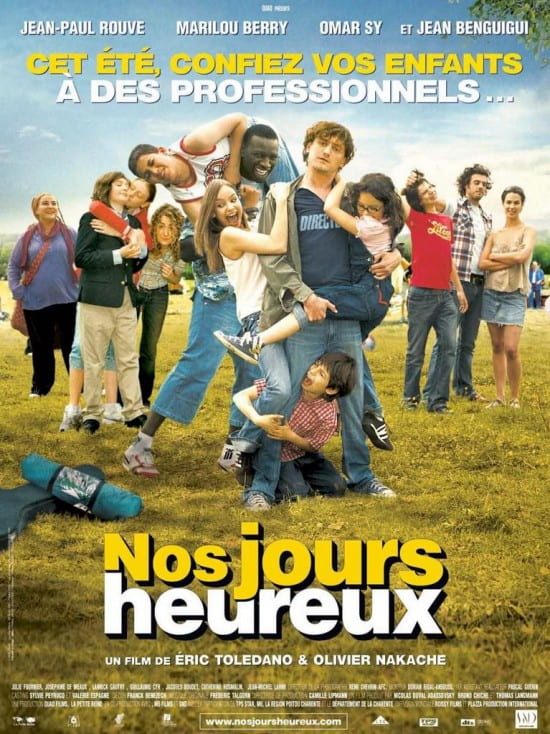 This movie is really funny and the reality of summer camps is perfectly transcribed. You’ll get attached to the children and to the instructors, you will be laughing when they laugh, crying when they cry.


Synopsis: Unforgettable fights at the canteen, first loves, first cigarettes, first parties, unbearable visits to boring museums, nights in tents and sleeping under the stars… Does this remind you of anything? This summer, Vincent Rousseau will oversee his first summer camp. What with the completely crazy camp leaders, the unruly kids, and surprise visits from “Youth and Sport” inspectors, these three weeks prove to be less cool than planned! Summer camp is not necessarily a summer break for everyone.


Comedy directed by Olivier Nakache and Eric Toledano and released in 2006.

The swimming Pool is a classic of French cinema. It’s a surprising film, particularly through the character of Jean-Paul who commits a senseless act out of jealousy, an expression of his love for Marianne. The emotions are conveyed in a nuanced way, through gestures, looks, expressions... in a rather long but not boring rhythm. The actors are fantastic and are now icons of this period’s cinema.


Synopsis: Lovers Marianne and Jean-Paul spend their vacation in a villa near St.-Tropez. The main feature of the villa is a swimming pool, stage for most of the action. After a visit Marianne invites former lover Harry and his teenage daughter Penelope to stay. Tension between the grown-ups rises especially when Jean-Paul seduces Penelope. The consequences are deadly.


Drama directed by Jacques Deray and released in 1969. 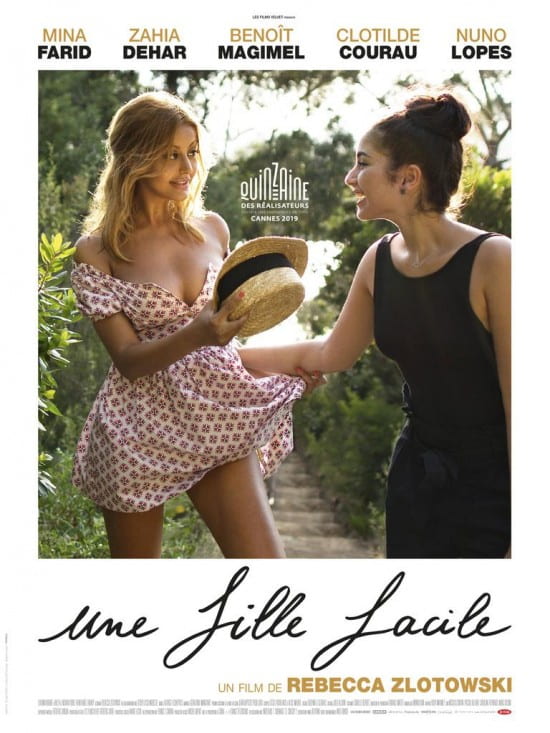 An Easy Girl is a beautiful and touching movie. Shot in the south of France, you will be transported into the environment of two very close but different cousins. The character of Sofia, played by the sultry Zahia Dehrar, is very interesting: both lonely and strong, her sixties style makes her look like a young Brigitte Bardot.


Synopsis: Naïma is 16 and lives in Cannes. She has given herself the summer to choose what she wants to do with her life. Then her cousin Sofia, with her alluring lifestyle, arrives to spend the holidays with her. Together, they will share an unforgettable summer.


Dramatic-comedy directed by Rebecca Zlotowski and released in 2019.

Want to watch this movie? You can find it on Netflix.


So, which one will you watch?