"Hope & Harmony" by Niu Niu & Laurent Perrin - presented by French May Arts Fest, is going to spark on stage on May 27, 2021 (Thu). For this exceptional duo night, it will feature the Chinese pianist Niu Niu and the French cellist Laurent Perrin. Want to have a slight bite before this beautiful classical music feast? Here you will have a chance to appreciate a demonstration performance by Niu Niu at a closer distance! 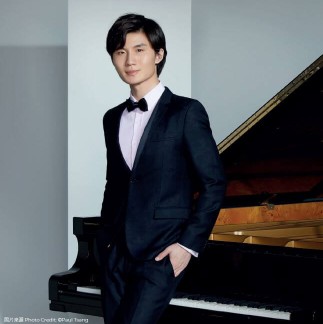 Niu Niu (aka Shengliang Zhang) was born in 1997 into a musical family in Xiamen. After showing talent at age three, Niu Niu initially studied piano with his father, making his recital debut at age six. At age eight, he became the youngest student ever to enroll in the Shanghai Conservatory of Music. Since age ten, Niu Niu has studied with Hung-Kuan Chen, initially at the Shanghai Conservatory of Music and later at the New England Conservatory of Music in Boston. In 2014, he entered the Juilliard School in New York under full scholarship and graduated with academic honor in 2018. He was the youngest pianist ever signed to the major classical label EMI Classics at 9. His debut album, Niu Niu Plays Mozart (2008), was followed by Niu Niu Plays Chopin—The Complete Études (2010), which marks him as the youngest pianist to record this classical repertoire. After signing with Universal Music Hong Kong in December 2017, his seventh album for its label Decca Classics was released in June 2018.