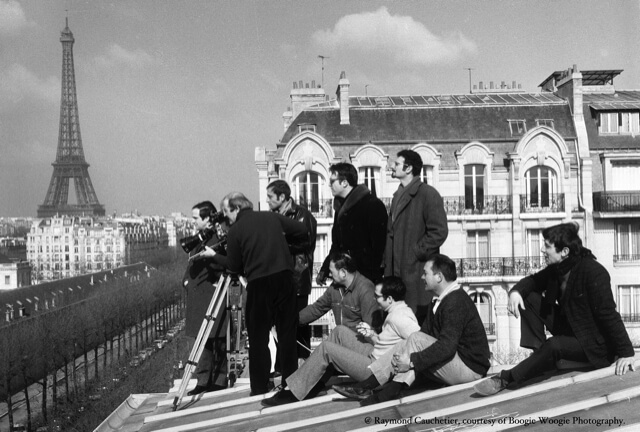 The 48th edition of Hong Kong French Film Festival marks the 60th anniversary of the French New Wave, an iconic milestone in cinema history. In celebration of this anniversary, we are pleased to invite you to rediscover its iconic actors and directors through a photo exhibition at the Hong Kong Arts Centre.

The French New Wave is one of the most significant film movements in the history of the cinema. During the late 1950s and early 1960s, the New Wave movement was spearheaded by Jean-Luc Godard and François Truffaut. Among a group of directors made this period of time so remarkable with timeless and iconic films. Raymond Cauchetier was a film set photographer on some of the most important films of the French New Wave and he has photographed countless classic photos. His work is seen as a witness of a symbolic, energetic and experimental era, French New Wave. It is a rare insight into French cinema to see Raymond getting the recognition his work deserves, when for many years he remained unacknowledged in his field.

Designed by Raymond Cauchetier, the set photographer of the New Wave, this exhibition will give you the opportunity to discover some treasures of the world heritage of cinema. Film lovers and fans of Jean-Luc Godard, François Truffaut and Jeanne Moreau, this exhibition will thrill you! On November 10, we invite you to a free guided tour. Don't miss this opportunity!