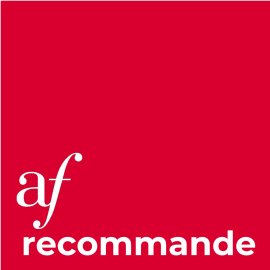 Don’t worry! We offer a special “room service menu” with a great selection of French cultural programs for you to spend the digital summer time safe and sound at home, for free!

More than 28 program resources of diverse art genres are selected specifically for you, including movies, concerts, theatre and dance shows, you can even visit museums and galleries in France virtually.  Discover the programs right now and get cultured together with us!

Elliot Jenicot and Raphaëlle Cambray re-invent the famous Jungle Book with new perspectives, various stories, monologues and sound effects to pay tribute to this universal fable, a respectable tribute to all living beings.


The tradition of celebrating July 14 (Bastille Day) with spectacular fireworks at the Eiffel Tower is back! Under strict sanitary measures, the audience is able to enjoy the 9th "Concert de Paris" with the Orchestre National de France, the Maîtrise and the Radio France Choir performing live under the Eiffel Tower.

A tribute to Leonard Cohen

Pomme is a French singer, songwriter and musician. Her music often evoke themes of love, death, and "everyday situations that resort to romanticism". With her comforting voice, she was crowned artiste féminine ("female artist") of the year in 2021.

The way Lomepal performs is like no other. If you haven't discovered who he is, here comes your chance! Check out this extraordinary rapper's live performance where raps about the stories of his life.

If you are interested in vintage pop and cosmic disco, definitely check out L'Impératrice. Known for their hypnotically energetic and magical performace, L'Impératrice is a French pop and disco band. Let's party at their concert!

Voyou is a musician of funny, sensitive, and ultra classy pop music.  With his stratospheric talent, he definitely has the power to attract the audience. Check out his live performance at Radio Nova.

Let's bring theatre into our home! Discover L’école des Femmes by Molière ( staged by Stéphane Braunschweig), a comedy that depicts a character who is so intimidated by femininity that he resolves to marry his ward and proceeds to make clumsy advances to this purpose. Be sure to check out this play which intertwines socio-political,, religious, metaphysical and psychological issues.


A children’s tale for some and a profound meditation on life and death for others, Mozart’s last opera is a dazzling extravaganza that takes the form of an initiatory tale. In an elegant production of unspoilt simplicity, director Robert Carsen leads us through the four seasons and invting us to reflect on life as Death becomes our reassuring and consoling “best friend”.

Experience great emotions through the creations of the greatest choreographers programmed at Chaillot-Théâtre national de la Danse. Captures of shows and other videos of encounters, activities, portraits of artists are at your disposal. During this period of confinement, let's identify free cultural offerings to bring culture into our home.

Every day at 7pm (Paris)
In French or in English


No Take Away Shows during lockdown? No problem, here are the #StayAwayShows ! Every day at 7pm (Paris) on the instagram page of the Blogothèque, an artist plays live from home. They want their entire community and all music lovers to have access to their favourite artists and discover new talents during the confinement period. That's why they are launching the Stay Away Shows, an intimate rendez-vous with our favorite artists.

99.media is a video platform that streams short documentaries for free, in several languages. You’ll find films with a universal resonance, stories from around the world that connect with people like you, who are curious about others – whoever you are, wherever you are from. 99.media works like a festival. Its aim is to democratize documentaries, by telling unseen stories, the stories of 99% of humanity.

Are you looking for a film or animated film for children? A film to watch as a family or with friends?

The digital portal of FILMS POUR ENFANTS focuses on the poetic dimension of films and the originality of their messages and visual universe. The selected films are for children and offer free and legal open access by directors and production companies.

In French, with English subtitles

Every day, the Cinémathèque française offers a free VOD film on its new streaming service, HENRI, among those that the Cinémathèque has restored over the past twenty years. The site is daily enriched with wonders, often rare, even unpublished. You will be able to find films from vintage to contemporary. The website is in French only, but lots of movies and videos are available with English subtitles.

Human is a 2015 documentary by French environmentalist Yann Arthus-Bertrand. Yann spent three years collecting real-life stories from 2,000 women and men in 60 countries. With a dedicated team, Yann captures deeply personal and emotional accounts of topics that unite us all; struggles with poverty, war, homophobia, and the future of our planet mixed with moments of love and happiness.

Home is a 2009 documentary directed by Yann Arthus-Bertrand and produced by Luc Besson. The film is almost entirely composed of aerial shots of various places on Earth. It shows the diversity of life on Earth, how tightly linked Man and nature are and how humanity is threatening the ecological balance of the planet. The English version of the film is narrated by Glenn Close. .

The Palace of Versailles is offering a virtual reality experience, which allows visitors to relive the visit by the Ambassador of Siam to the Court of Louis XIV in 1686 and the Yew Ball held by Louis XV. The experience allows visitors to learn more about the life of certain figures or discover interesting details about the life of the French sovereigns.

Louvre presents the museum’s first virtual reality experience “En tête-à-tête avec La Joconde" which will bring to life the story of the Mona Lisa, da Vinci’s most famous masterpiece. Mona Lisa: Beyond the Glass reveals the latest scientific research on da Vinci’s artistic innovation and his painting techniques and processes.

Just download the free app and appreciate this iconic piece of art like you never have before!

The Claude Monet Foundation allows you to virtually stroll through the home of the famous painter Claude Monet. Monet settled in Giverny in 1883. He untiringly transformed an abandoned domaine into a floral masterpiece, to be the inspiration for many of his greatest works of art. Let's take a stroll at his "impressionistic" garden.


The discovery of the monumental Lascaux cave in 1940 brought with it a new era in our knowledge of both prehistoric art and human origins. Today, the cave continues to feed our collective imagination and to profoundly move new generations of visitors from around the world. This VR guided tour will provide you an immersive experience in the most and precious caves of history.

Paris Photo, the first international fair dedicated to the photographic medium, invites you to (re) discover its latest 2019 edition hosted by the Grand Palais. Through a virtual tour, discover the works of nearly 200 exhibitors from all over the world. Let yourself be transported (Top to bottom, from left to right ) by this journey in pictures in one of the most emblematic Parisian monuments.

From Caravaggio to Munch's The Scream, taking in Bruegel, Monet, Manet, Böcklin and Henri Rousseau – a collection of VR experiences by ARTE Trips that transport the spectator into the heart of some of the world's most famous paintings. Seven experiences that use digital creation, 360° film, animation and video game codes to take the spectator on a journey blending narrative and game, looking and perceiving, understanding and wonder.

Take a Virtual Tour of French National Parks in Google Street View, and explore the most beautiful sceneries of FRANCE! 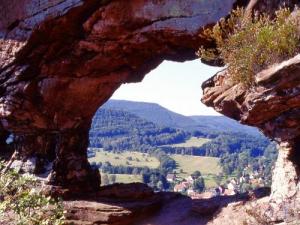 
It's been a long journey for women to get their critical and commercial dues in hip-hop, but the past year came replete with glimpses of progress. CHeck out these talented French female rappers!

43min
In French, with English subtitles

With stunning visual perspectives and unusual encounters, Paris invites us to share the view. The rooftops of Paris offer unforgettable views of the city but remain difficult to access. Now is the chance to take a look!

less than 5 min
In French, with English subtitles

Let's rewind the history of music in 3 minutes! Discover the funny, sometimes bizarre, but always essential information about music and share them with your family and friends!

less than 5 min
In French, with English subtitles

The series that quenches your curiosity and puts the cult back into culture. From classical sculptures to video games, memes to Mafiosi, Gymnastics stretches the intellect by linking things that seem to have little in common.