The latest work of Boualem Sansal is a tribute to George Orwell's 1984 and a cry of protest against totalitarianism of all kinds, Sansal's 2084 tells the story of a near future in which religious extremists have established an oppressive caliphate where autonomous thought is forbidden. 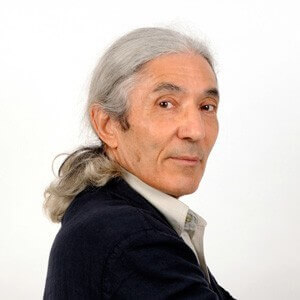 The Algerian writer, Boualem SANSAL was trained as an engineer with a doctorate in economics and he began to write novels at the age of 50 after retiring from his job as a high-ranking official in the Algerian government.

The assassination of President Mohamed Boudiaf in 1992 and the rise of Islamic fundamentalism in Algeria inspired him to write about his country.

Sansal continues to live with his wife and two daughters in Algeria despite the controversy his books have aroused in his homeland.

Sansal writes in French and his work has won prestigious literary awards in France, among them “the Prix du Premier Roman” in 1999 with “Le serment des Barbares” (Gallimard, 1999) .In 2008, Sansal was awarded the Grand Prix de la Francophonie de l’Académie Royale de Belgique in 2008. In 2011 he received the Peace Prize of the German Book Trade.