This month, AF librarians present us with a few of their newest titles! Here are some highlights from different genres and media, ranging from novels and comic books to movies and art books. Don't miss it if you are interested in learning French and French culture! 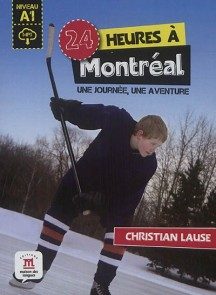 Our resources include many lectures simplifiées (easy read) novels, sorted by level, from beginner (A1) to intermediate and advanced. Each of these books features footnotes or a glossary about the vocabulary, a quiz on the story, and, most of the time, audio files to listen to the text (either as a CD or to be downloaded).

Arsène Lupin surely requires no introduction, having been brought back into the fashion through a recent adaptation starring Omar Sy. L’Aiguille Creuse (The Hollow Needle) is one of the first stories written by Maurice Leblanc featuring the famous “gentleman thief.” This is an “easy read” version of the novel with audio, suitable for A2 level students.


This textbook provides a full preparation for the TCF examination, a test of French as a foreign language. You will find advices, a description for each TCF test, exercises to train yourself (listening, reading, writing, and speaking), as well as audios and the answers.


At nightfall, T’choupi and his grandfather look at the lighthouse and the stars, and listen to the owls.  This is a story to be read by both the adult and the child, with drawings replacing some of the words, in order to learn new vocabulary.


Ariol is a little blue donkey who lives with his parents and goes to school. His best friend is Ramono, a piglet, and he harbours secret feelings for Pétula, a little cow with freckles. Emmanuel Guibert drew inspiration from his own childhood memories to write this comic book series (drawn by Marc Boutavant). Ariol’s stories have been published every month in the magazine J’aime Lire, also available at the Jordan library.


Did you know that the Smurfs were originally a French-language comic-book from Belgium titled Les Schtroumpfs? In this classical story, drawn by the blue characters’ creator Peyo, a Smurf dreams of flying to the Moon. The other Smurfs will help him… in their own way.

C’est pas sorcier (an expression equivalent to “It’s not rocket science!”) was a TV show of scientific popularization that enchanted French kids for over 20 years. Board the truck alongside Fred, Jamy, and Sabine, fasten your seatbelt, and discover topics as diverse as how the weather works, ancient civilisations, the origin of stones, and the life of plants! (17 episodes available in DVD)


If you are interested in Ancient Greece and its mythology, this documentary series is for you! In 20 episodes, with original animated scenes and references to centuries of art history, literary journalist François Busnel narrates the epic and tragic stories of its main characters: Gods and Heroes such as Zeus, Prometheus, Hades, Athena, Hercules, Oedipus, and many others. 4 DVDs, to be borrowed separately.


For his previous work Frère d’Âme (At Night All Blood Is Black in English) about WWI as seen from the eyes of a Senegalese soldier fighting with the French colonial troops, David Diop was awarded the International Booker Prize in 2021. His latest novel deals with slave trade in the 18th century, in the era of French enlightenment. The title is a reference to an island on the Senegalese coast from which millions of Africans were sent to America.


After studying literature and having been a social worker for 10 years, Joseph Ponthus relocated to Brittany with his partner. There, he had no choice but to work in fish canneries and slaughterhouses, in order to make ends meet. In this novel which seems written in verses, he chronicles the factory’s everyday life, its hardships and the absurdity of the work, as well as how literature, philosophy and songs help him hold out. Joseph Ponthus passed away a year ago. He was considered a major emerging French writer.


Born in Algeria in 1952, Mehdi Charef moved to the Paris area with his family at the age of 10, living in the harsh conditions of the Nanterre slums, alongside other Algerian immigrants. After working 14 years in a factory, he started writing and making movies, as a self-taught director. This book narrates his youth and was awarded the French Immigration History Museum’s literary prize.


In the near future, two robot prototypes, endowed with artificial intelligence, escape from the laboratory where they were created. Throughout three centuries, they witness humanity’s fate, as industrial society collapses, and environmental and social catastrophes occur. A philosophical Sci-fi tale.


After taking us to China, North Korea, Burma, and Jerusalem, and turning his own experience of parenthood into humorous short scenes (Le Guide du mauvais père), Guy Delisle is back with a book about his youth in rural Quebec, where he worked three summers in a paper factory.


The directors of Intouchables (2011, also available at the library) are back with this comedy about the setting up of a luxurious wedding in a 17th-century palace. Starring Jean-Pierre Bacri as the head of an event management company, desperately trying to keep his employees well-disciplined and make sure things happen according to the plan.


In the early 1960s, Hannah is a rather chubby girl from a Jewish family, living in the Paris suburbs. She is an absolute fan of Jazz, which is increasingly popular among the country’s youth. A skilled double-bass player, she is resolute to make her way into her high school's male-only Jazz band. It won’t be easy... A comedy about women empowerment and the love of music.


Paris in the 1820s: the area nicknamed “Boulevard of Crime” (the actual Boulevard du Temple) was one of the city’s most popular places, with many theatres. This world of comedians, mimes, poets, and thugs is the setting of this classic of French cinema. Directed by Marcel Carné and written by Jacques Prévert, it is considered to be their masterpiece. Featuring actors Arletty, Pierre Brasseur, and Jean-Louis Barrault.


Originating from the US, rap music took root particularly well in France throughout the 1980s. The local rap and hip-hop scene became one of biggest worldwide. How did this unfold, and why is rap music still controversial nowadays? A comprehensive history of this now typically French genre, with its different actors: artists, radio DJs, and producers.

Why do French high school philosophy curricula usually feature so few women? This book is an alternative history of philosophy, featuring female thinkers whose works and contributions were neglected and even forgotten. From Ancient Greece to present, revisit figures and thoughts just as relevant nowadays as they are diverse: from Hypatia to Simone Weil and from Rosa Luxemburg to Judith Butler.


Due to the pandemic, many countries like France went through rather strict lockdowns. In this essay, renowned philosopher and sociologist Bruno Latour reflects on how to draw lessons from such an experience. Rather than hurrying to bring everything back to “normal,” couldn’t it be an opportunity to change our lifestyles in a more sustainable way?

From the late 70s to the mid-80s, a new musical scene emerged in France, involving rock, post-punk, and electro experiments with artists such as Marquis de Sade, Elli & Jacno, Artefact, Marie et les garçons, Electric Callas, Taxi Girl, Étienne Daho... Based on an exhibition organised by Agnès b., this books aims at revisiting this era through oral accounts and documents, and the role it played for subsequent artistic developments. 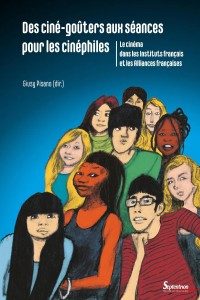 You certainly know our Ciné-Club at the Jordan library, and also the Hong Kong French Film Festival, which is the Fragrant Harbour’s oldest movie festival. Edited by academic researchers, this book chronicles the history of the promotion and screening of French cinema abroad through the local networks of Instituts Français and Alliances Françaises.

Do you want to learn more about French literature and French films? Not only visiting French resources, you can also take our French courses and workshops, including one on Discovering Cinema (Découvrir le Cinéma) and French Literature (Littérature).