Some highlights from new arrivals in the AF Library. Know the French language, sure, but never ignore its arts and cultures; that's what libraries are for.

You may head to our Online Catalogue, select "New acquisitions" to check out more. Or, better still, come to the Main Library at Jordan Centre (1/F, 52 Jordan Road, Kowloon).

For any enquiry, welcome to contact us at mediatheque@afhongkong.org or at 2738 2712. 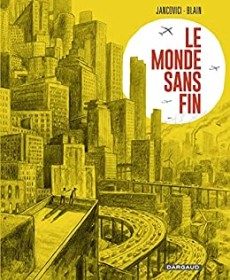 When a renowned BD author meets a specialist in energy questions and climate change. The book explains, in form of chapters, the profound changes that our planet sees today and what consequences, sometimes radical, these will bring - ecological, economical and social. 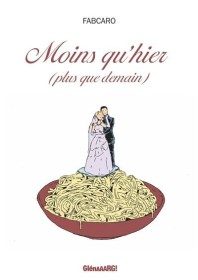 Fabcaro offers some penetrating observations of the life of couples. Dividing household chores, visiting parents-in-law, educating your kids... This portrait of marital relationships, absurd and comical at times, makes us laugh as much as rethink our society.

Doucet was awarded the Grand Prix d'Angoulême this March, becoming the third woman to win the award. Most of the Canadian underground cartoonist's works are not for the fainthearted: sex, violence and vulgarity are omnipresent (see Monkey and the living dead).

L'Affaire Madame Paul, compilation of absurd stories surrounding a janitor of a rooming house, is a slice-of-life look at contemporary Montreal. 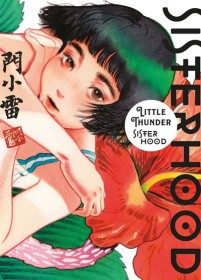 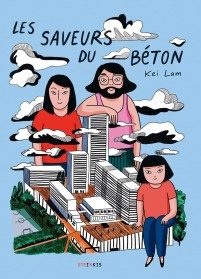 The author left Hong Kong to live in France at the age of 6. This change coincides with another, maybe more turbulent one - adolescence. Between college and shopping malls, she experiences the 90s to the full, with a unique perspective made possible by the cultural mix. 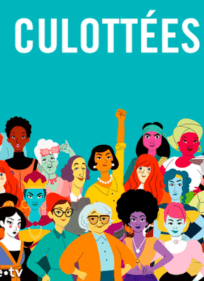 With the comics Culottées, Pénélope Bagieu has become one of the most prominent female comic artists in a predominantly male industry.

This animated adaptation, in 30 short episodes, presents 30 portraits of women, known or lesser known, who dared to shatter prejudices, and changed the world in their own way. 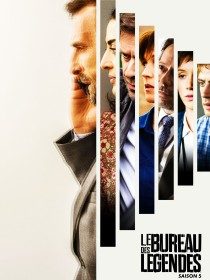 The French spy TV series finally reaches its finale. Actor Louis Garrel joined in this last season and with familiar faces like Mathieu Kassovitz and Mathieu Amalric, we will witness the remaining members of the shattered French spy network face their Russian nemesis for a final showdown.

An epic conclusion to a new spy classic. 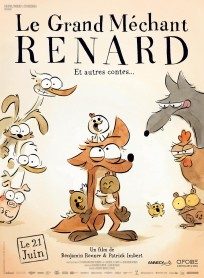 Adaptation of the best selling BD of Benjamin Renner. Walk into the countryside and meet the title character - a Fox who thinks it's a chicken, a Rabbit that acts like a stork, and a Duck who wants to replace Santa Claus.

These fast-paced funny tales will make kids laugh as much as the grown-ups smile. 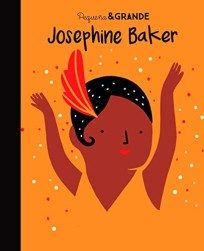 The collection Petite & Grande leads us through the rediscovery of outstanding women who achieved extraordinary feats, each beginning their journey as a child with a dream.

Here we trace the life of Joséphine Baker, entertainer, activist and French Resistance agent, from her growing up in St. Louis, Missouri to her performing on stage in Paris. 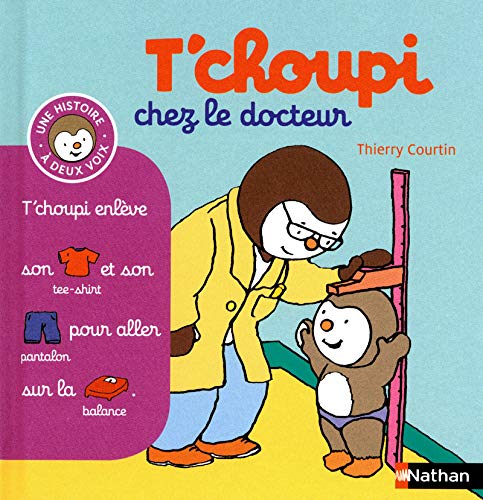 New addition to our T'choupi collection, a series beloved by our young learners, even preschoolers!

Seeing a doctor might not be all that pleasant but is a necessary step in life. Follow T'choupi to discover the world of doctor, familiarize yourself with it and learn some new words along the way. 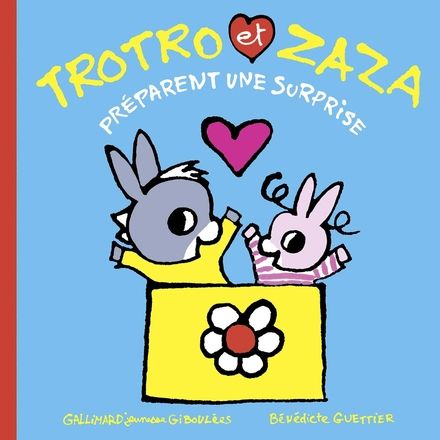 This time our donkey hero and his sister Zaza will prepare a gift to their papa and maman. A heart-warming family story - what better book to read for story time before bed? All the more precious if parents and children read together. 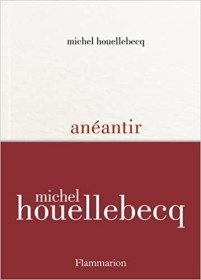 When Houellebecq publishes a new book, it's destined to be the literary event for the year.

We follow a high-ranking official through his struggles with his aging father, shattered but recently reunited family, and soon-to-be ex-wife. In the meantime, the France he lives in is experiencing dramatic changes : increasing terrorist threats and presidential election. All lead him to interrogate the meaning of life: is everything going to be destroyed (anéanti) at the end of life?

The author offers his most poignant description of aging, sickness and death since "La Carte et le territoire". 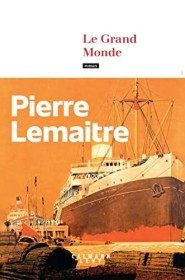 After the renowned "Les Enfants du désastre" trilogy which centres on the period from WWI to the beginning of WWII, Lemaitre, another Goncourt-winning author, kicks off his new tetralogy with the book.

This time he will lead us on a journey into les Trente Glorieuses : the thirty-year period of economic prosperity in France between 1945 - 75. It's an adventure - one goes from Paris to Beirut and Saigon. It's a crime story - there is murder, investigation and suspense. At the bottom it's also a family story - a bourgeois family of 4 children around which the whole narrative evolves. 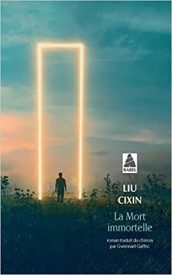 Winner of Locus Award of Best Science Fiction Novel, this is the third installment and conclusion of the trilogy "Le Problème à trois corps".

The trilogy is a masterpiece of Chinese science-fiction and a literary phenomenon when published in the country. It traces the efforts of disillusioned Chinese scientists who implore alien life to come to Earth to forcibly redeem humanity. 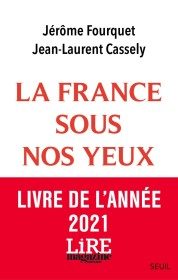 Selected as the best book of 2021 by Lire magazine littéraire.

With the subtitle : Economie, landscape and new ways of life, the book reveals a huge gap between the reality of the country and its representations that the French have inherited since les Trente Glorieuses. In fact, from the mid-80s, the authors argue - with original charts and maps, and carefully established statistics, the French society has undergone a profound transformation, fully entering the world of services, mobility, consumption, image and leisures. 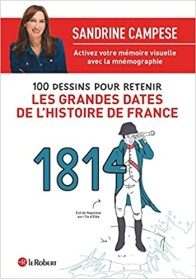 100 important dates in the history of France - illustrated in a way that one can easily remember them.

Based on a technique of memorization called mnémographie, invented by the author herself, the book is filled with specially designed illustrations and graphics, acompagnied with instructive and humorous texts.

Objective? To activate the visual memory of the reader with clever drawings.

Want to learn more about French literature and French films? Check out our French courses and workshops, including one on Discovering Cinema (Découvrir le Cinéma) and French Literature (Littérature).