Here are some new arrivals in the AF Library. Highlights on the long-lost novel of the controversial writer Céline, some popular TV series and a comic about war and refugees - a topic which has occupied the headlines for months.

You may head to our Online Catalogue, select "New acquisitions" to check out more. Or, better still, come to the Main Library at Jordan Centre (1/F, 52 Jordan Road, Kowloon).

For any enquiry, welcome to contact us at mediatheque@afhongkong.org or at 2738 2712.

Items in our French Library 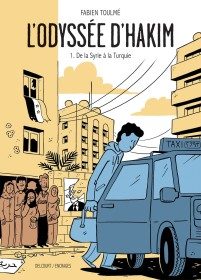 It might be an exciting venture for someone to leave their home country and build a life in another. But what if someone is forced to flee from one's home due to wars? What if a person has to constantly run away for security? L'Odyssée d'Hakim is the testimony in pictures of its main character, Hakim, who has made the decision to escape from Syria, left his family and friends behind to find a future in another place.

This is a real life story that makes you rethink about what it means to be human and ponder the questions about wars, refugees and hope. 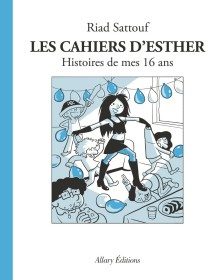 The latest of the Les Cahiers d'Esther series have finally arrived! As Esther turned 15 and then 16, we would see her transformed into a rebellious high school girl who was obsessed with parties with alcohol, social media and boys, while at the same time dealing with issues concerning the coronavirus pandemic, vaccination and feminist issues.

T.1-5 are also available if you want to explore the teenage life and contemporary society through the eyes of this bubbly young girl! 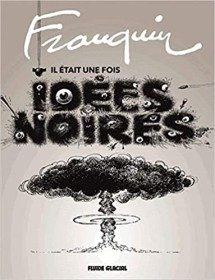 Facing the cynical behaviours of politicians, selfish businessmen, and other absurdities of the world today, humanitarian André Franquin responses by presenting us his absolute dark humours through stylistic sketches and satirical comic strips. Numerous tributes and interviews from his close friends and collaborators will give us a glimpse of his creative process.

Franquin is also the creator of the iconic character Gaston Lagaffe, whose comic is immensely popular among the French-speaking community. 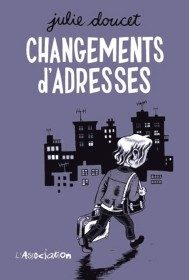 Grand Prix d'Angoulême winner Julie Doucet is not afraid of putting taboo subjects or scenes under the spotlight. Changement d'adresses tells the stories of her sexual setbacks and relationship problems. Through her goofy cartoon drawings and authentic monologues enclosed in pitch-black frames, we are sure to experience or even  enjoy the rare openness and frankness in her work with silent chuckles. 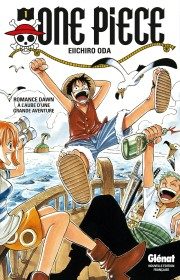 The famous pirate adventure of Monkey D. Luffy is available in French version! Loved by many anime fans in both Hong Kong and France, this Japanese manga is full of quirky characters, vicious yet heart-broken villains and mysterious treasures, but most importantly it  inspires its readers to always chase after their dreams.

Another manga series with a similar story background and cheerful protagonists is Naruto. The French translation is also available in the Library. 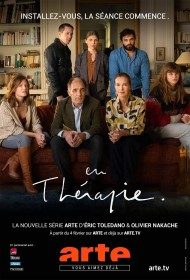 To walk one step closer into an era free of mental health stigma, this French series, which let the audiences have a peek into the office and daily appointments of a psychoanalyst, is recommended to all who may sometimes feel the same as his patients: traumatised, pressured or simply upset.

Set in the wake of the November 2015 Paris terrorist attack, this may as well be a therapy session for the country France. With minimalist decor but not less entertaining, the series shows how everyone moves on from traumas and hurdles to pursue a more soulful life (or fail to). 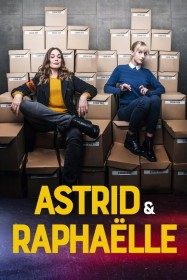 The fateful rencounter between investigator Raphaëlle and Astrid, a beautiful and complex character with Asperger syndrome and incredible memory, has brought hope to all the once unsolvable cases in the Police Department of Paris.

This detective series promises to mesmerise its audience by sending us the message that perhaps the best way to understand the intricate minds of humans is through kindness and empathy. 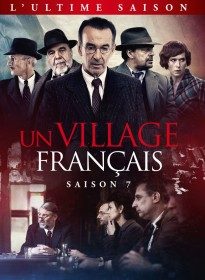 As life must go on under the invasion of German for the ordinary villagers during the traumatic period of the Second World War, the survivors were constantly faced with the dilemma of surrender and fight, and the threat of famine and violence. Ultimately what everyone wanted is to protect their families and loved ones.

The complete series of this engrossing historically accurate war story can now be found in our library. 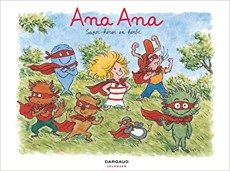 Another addition to the popular picture book series.

Ana Ana and her lovely cuddly toys have another big project at hand! This time, this clever little girl wants to become a superhero! Read on and see what surprises Ana Ana's wondrous world has in store for the curious young minds! 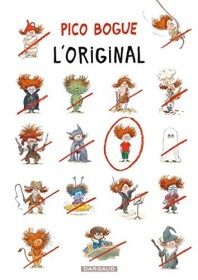 In addition to being the brother of Ana Ana, Pico is a charming little kid who can put a smile upon your face as you read about his daily mischievous and adorable interactions with family and friends! Many of the little stories and jokes of Pico are actually based on the sons of the author, who according to their mother have great imaginations and love to draw! 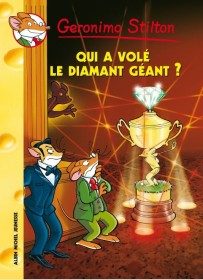 One of the dearest  book collections in the English teen literature community - Geronimo Stilton the mouse reporter, has been translated to French and can now be found in the library.

Qui a volé le diamant géant ? is a fast-pacing detective story that engages the audience with tons of highlighted vocabulary as well as twists, so to all the readers: buckle up and get ready! 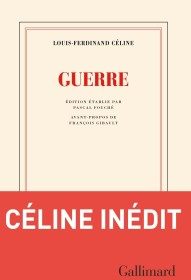 The recently discovered unseen manuscript of Céline, the great French writer - and an extremely controversial figure, is finally transcibed and published.

Written 2 years after the chef-d'oeuvre Le Voyage au bout de la nuit - Guerre follows the protagonist Ferdinand in First World War Flanders. Through the journey and experiences of the seriously injured soldier, in a way mixing autobiography and imagination, the author depicts without pity the physical and moral trauma of those at the front line of war, or the "insane international slaugterhouse" (l'abattoir international en folie). 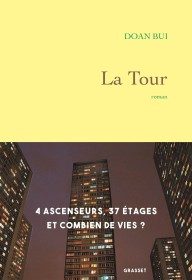 French reporter Doan Bui believes that there is a story inside each tiny block of residence in les Olympiades in Paris. Trapped in the loneliness of urban development were struggling Vietnamese migrants, unappreciated Romanian musicians, surreptitious habitants from Senegal and more whose destinies would one day intertwine with each other amidst the metropolitan cruelness.

La Tour let the readers reflect on what we loss and gain with the unstoppable development of cities around the world, as well as immigration and exile. 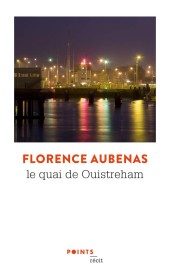 A mesmerizing account  from renowned French reporter Aubenas, Le Quai de Ouistreham, has won multiple literary awards and been compared to Orwell's classic on poverty and social marginalization, "The Road to Wigan Pier".

The author hid her identity as journalist, pretended to be jobless and went to the employment centre. She then became a cleaner for different companies, merely getting "working hours" instead of a secure job. The book is the fruit of her six-month long social investigation of the world of precariousness and insecurities.

Want to learn more about French literature and French films? Check out our French courses and workshops, including one on Discovering Cinema (Découvrir le Cinéma) and French Literature (Littérature).