This month our librarians, Irwin and Hugo, present us with a few of their own picks from AF’s médiathèque titles: a novel, a traveler’s tale, and a comic book. They are all in connection with recent news and, in the frame of International Women’s Day, bring forward two female authors.

A timely read amidst our battle against the current epidemic. Albert Camus, the 1957 Nobel Prize recipient whose chef d’oeuvre « L’Étranger » figures amongst the most sought books in Library, tells the story about a plague sweeping an Algerian city in the 40s. You will be amazed how much this cautionary tale, though fictitious and set in a different epoch, still resonates with the many of us.

In 1934, the French-speaking Swiss journalist and explorer Ella Maillart travelled through Manchukuo, the puppet-state created three years earlier by the Japanese in Northern China. Living among the diverse locals (Chinese, Japanese, White Russians…), she took numerous photographs, reproduced in the book. A great travel story, but also a valuable historical document. 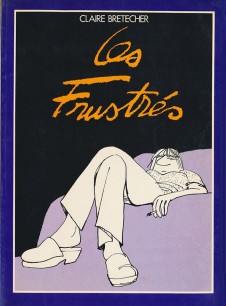 
The French female comic book artist Claire Bretécher passed away last month. Les Frustrés is one of her most famous works: made of one-page stories, it is a biting satire of post-68 France, dealing with themes such as feminism, sexual liberation, psychoanalysis, leftism, etc. To the point that its “sociological insight” was even praised by academics!