This month our librarians, Hugo, Irwin and Kitson, present us with a few of their own picks from AF’s médiathèque titles. 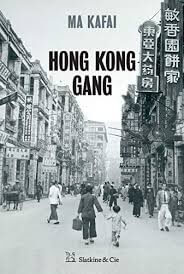 Hong Kong now seems to be a battlefield between world powers, a central part of the chessboard of international politics. But it’s hardly the first time. The historical fiction tells the journey of a man who fled rural China and became a rickshaw driver in Hong Kong, witnessing the obscurer side of the streetscape in the 30’s : the obsessed gamblers, the impatient prostitutes and the gangsters of which he would ultimately become a leader. He might be a hero in the triad underworld but just a pawn in a greater power struggle from the moment he fell in love with a British officer of the colonial government. This forbidden romance would take him, and us along, into a muddle of espionage, assassination and war, in which the cunningness and the murderous ambition of the British, the Japanese, the Chinese communists and nationalists filled the air. Was he genuinely creating his own fate, or hopelessly struggling within the conspiracies of greater powers? And are we?

Kafai Ma is Assistant Professor of Department of Chinese and History in City University of Hong Kong. He is one of the most prominent figures in the cultural and literary milieu in Hong Kong. He lived in Wanchai district during childhood and many of the experiences have inspired Hong Kong Gang, his first novel. 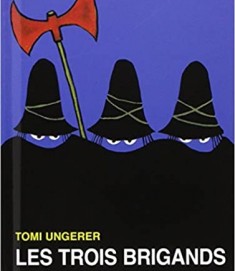 “Once upon a time, there were three fierce robbers. They went about hidden under large black capes and tall black hats. The first had a blunderbuss, the second had a pepper-blower, and the third had a huge red axe!…” In one of Tomi Ungerer’s best-known books, the author takes us into a modern fable with enchanting graphics that has delighted generations of children (and parents!). First published in 1961, it is still in print as of today.

As he was born in Alsace (in the East of France) in 1931, Tomi Ungerer’s youth was shaken by the winds of history, and torn between moving borders and changing official languages: he became German in 1940, following the nazi-annexation of Alsace, and then French again in 1945 at the end of the war. He later moved to New York where he became a renowned illustrator (for both children and adults) and a biting cartoonist. Tomi Ungerer eventually settled in Ireland. He passed away a year ago. In the city of Strasbourg, a museum is now dedicated to him, his works, and vintage toy collection. 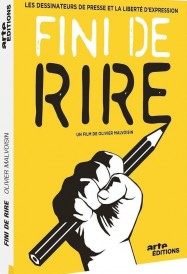 With the Hong Kong government tightening its grip on RTHK, imposing censorship on its programs, some are already mourning the humiliating execution of freedom of speech. Malvoisin takes with us, via this documentary, to Europe, the US, as well as the Middle East to investigate the new limits and challenges to the freedom of expression. In the limelight are the satirical cartoonists of the press, who possess both the instinct of a journalist and the vision of an artist, charged with the sacred duty to expose, often with biting humor and wit, the sicknesses of our society, their origins and culprits. Sexism, racism, authoritarianism, religious prohibition. Imaginably many face menaces and threats from authorities, political fanatics or religious extremists. Where to draw the line? We may not be journalist, nor are we cartoonist, but the issue of free speech concerns every one of us. Think and discuss, don’t wait until “they” knock on our door to stop us from talking. They might have already started. 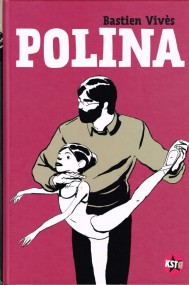 Russia. The story begins with a six-year-old girl who is going to have an audition in a prestigious dance school. Despite the lack of body flexibility, Polina Oulinov is still able to obtain an offer from the academy and is luckily chosen by Professor Bojinski who quickly spots her talent. “Dance is an art, it cannot be learned’’, highlights the Professori. Yet, having intensive training, Polina starts to overcome the rigidity of her body. After the graduation, she is accepted by the renowed Bolshoi Ballet. During a dancing festival, Polina gets a chance to discover different types of dance. The festival has changed her life; she later decides to quit the classical ballet and engages herself in modern dance.  However, the path is not as easy as she has imagined.

The Library has the honour to present you the film adaptation in our coming Ciné-club. In the meantime, you may check out the original comic, as well as a traditional Chinese translation..