A message from the HKFFF organiser

The 50th Edition of the Hong Kong French Film Festival was hosted by Alliance Française Hong Kong from 24/11 to 14/12. This monumental edition featured a selection of 54 films and 120 screenings, where half promoted exciting new films, whilst the other half featured a blast-from-the-past, where timeless classics were screened. With the public having been deprived of movie theatres for 2 years, the enthusiasm garnered from this 50th HKFFF has been extraordinary.

Despite the difficult restrictions, the HKFFF team carried out a “titanesque” effort – a term chosen wisely as a nod to 2021’s Palme d’Or winner – Titane, to organise an amazing event that celebrates French cinema. Although this process was not short of its challenges and difficulties, our team successfully curated a titillating and exciting selection that features a number of quintessential films – 27 produced in 2021, and 27 from the past. Moreover, this exploration allows us to dive into the world of cinema and to rediscover magnificent films created within the past 50 years. 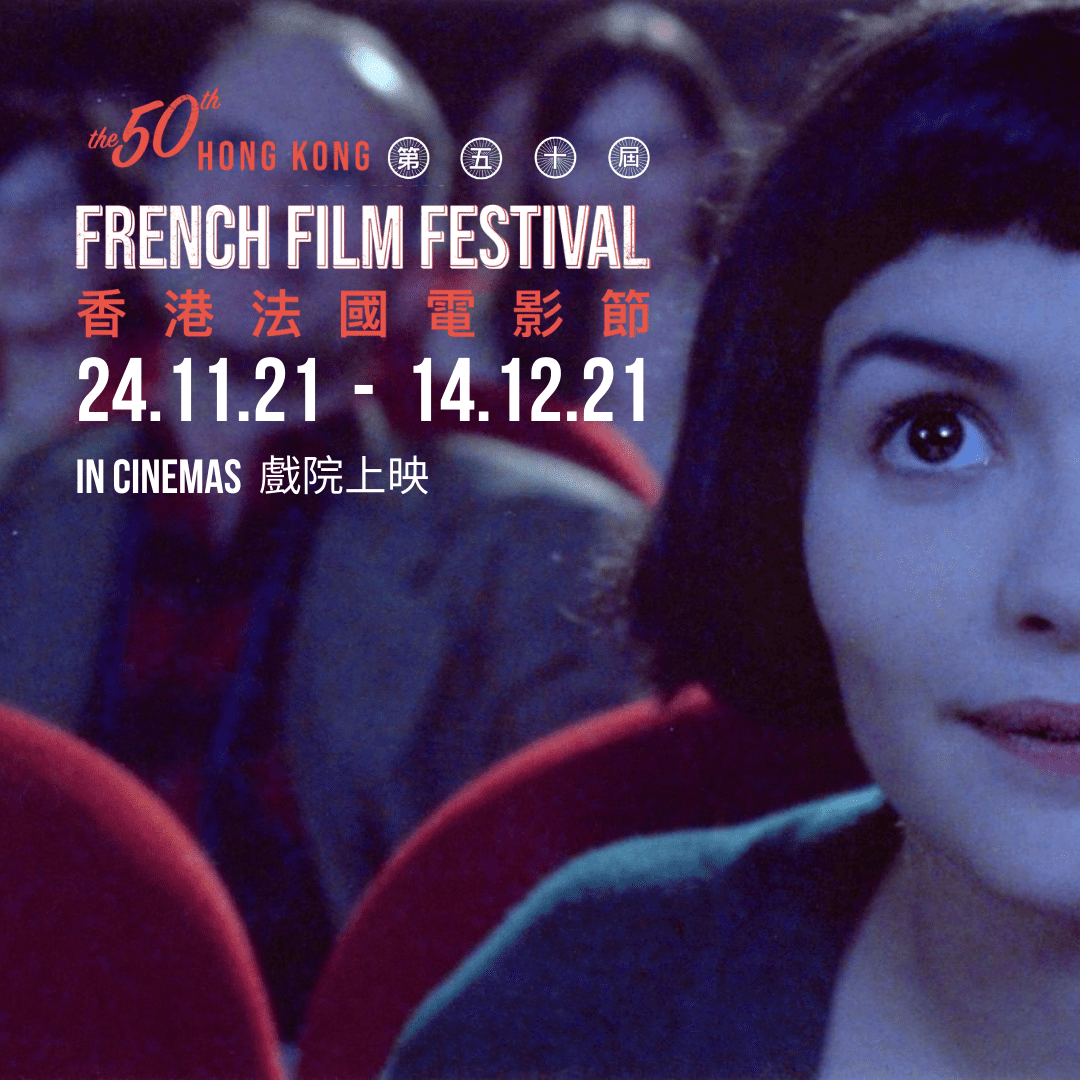 This year’s selection of films consists of various genres, such as dramas, comedies, family films, on Demand films, as well as arthouse cinema.

In addition to the variety of films, there has been an increased interest in younger directors, demonstrating a real transformation in the film industry.  This is evident in this year’s selection of films, as films by women directors have made up 50% of the collection (in 2020, only 25% of French films were directed by women!).  These films include 2021’s Palme d’Or winner, Titane by Julia Ducournau, the opening film of this year’s festival, as well as Aline! by Valérie Lemercier.  These films were of course not chosen on this criterion, but rather because of their quality which have won over the selection team. The world of cinema is gradually succeeding in leaving a place and creating equal opportunities for women, which is reflected in the selections for film festivals.

An Exceptional Retrospective for the 50th Film Festival

The selection of nearly 30 films amongst the thousands of spectacular films released in the past 50 years was a great challenge, and this was also heart-breaking at times as we could not include all the masterpieces in this limited list.

We have therefore focused on a few areas:

Cinema for the Climate 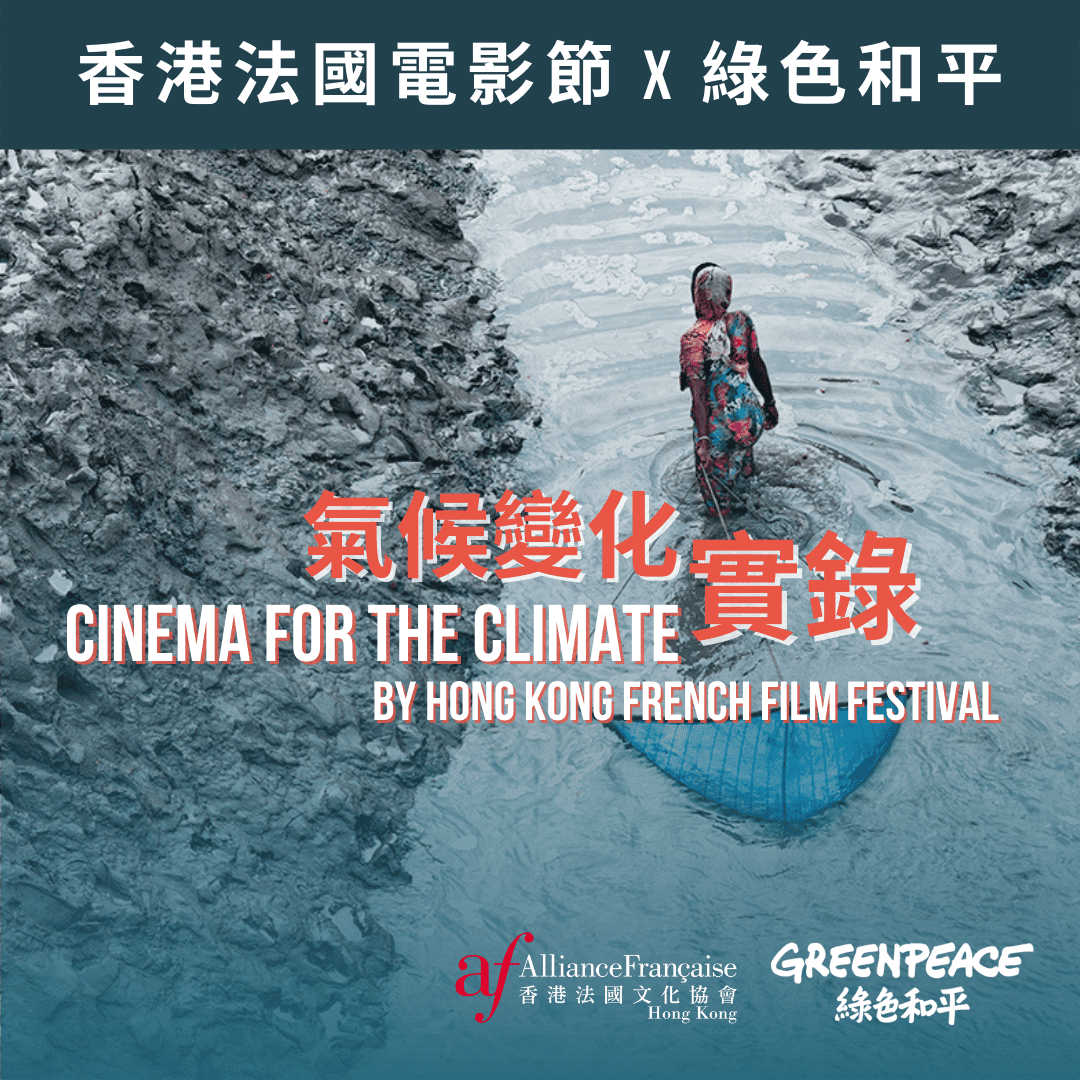 Taken form the latest Cannes Film Festival, this session highlights climate change, which is a great concern of this century.  This has inspired many artists and other celebrities to participate in the production of these documentary films.

From Flore Vasseur’s Bigger than Us, which is produced by Marion Cotillard, an artist who is very engaged in this cause, to Cyril Dion’s (Demain) Animal, as well as Yann Arthus-Betrand’s Legacy, or Aïssa Maïga’s Walking on Water, this section features a rich and informative collection of films that open our eyes to the severe climate issue that our world faces.

For this occasion, HKFFF has once again joined forces with Greenpeace, who was also celebrating their 50th anniversary.  This section was a great opportunity to share a strong message, whilst also providing an alternative method of carrying out an awareness campaign.  Moreover, several meetings and debates were organised to encourage further discussions and conversations between the public and academics.

Although Alliance Française Hong Kong has been involved with French cinema since its creation, where the first event was the screening of Vacance de Monsieur Hulot (Jacques Tati, 1953) at the Queen’s Theatre in November 1953, it was not until the early 1970s that the annual HKFFF was established.

With distribution and communication channels evolving with time, we were able to forge valuable partnerships that helped the HKFFF gain major visibility.  These partnerships include: the Arts Council Development (until the 1990s), the Hong Kong Government, Hong Kong Tramways, and TV5Monde, a French television network.

For 2021, the branding of the festival has been renewed, and this allowed us to obtain exceptional visibility and publicity.   Banners were advertised at Hong Kong’s major landmarks, such as on the escalators in Central, City Hall, at Broadway Cinamatheque, and at tram stops all over the city.  Also, during the two weeks prior to the festival, our poster was digitally displayed every 20 minutes on the large video screens at Sogo and at Times Square in Causeway Bay.  All of these large-scale advertisements have heavily impacted the ticket sales of our festival!

Despite being unable to invite stars and celebrities to our event, we obtained mini video capsules from big names in French cinema to celebrate our 50th anniversary.

Lastly, but most importantly, the 50th edition of the HKFFF has set a new record of spectators!  Regardless of the rule where cinemas could only be at 85% capacity, all our sessions sold out almost immediately all over Hong Kong, and we have never had such a great number of spectators attend our festival! 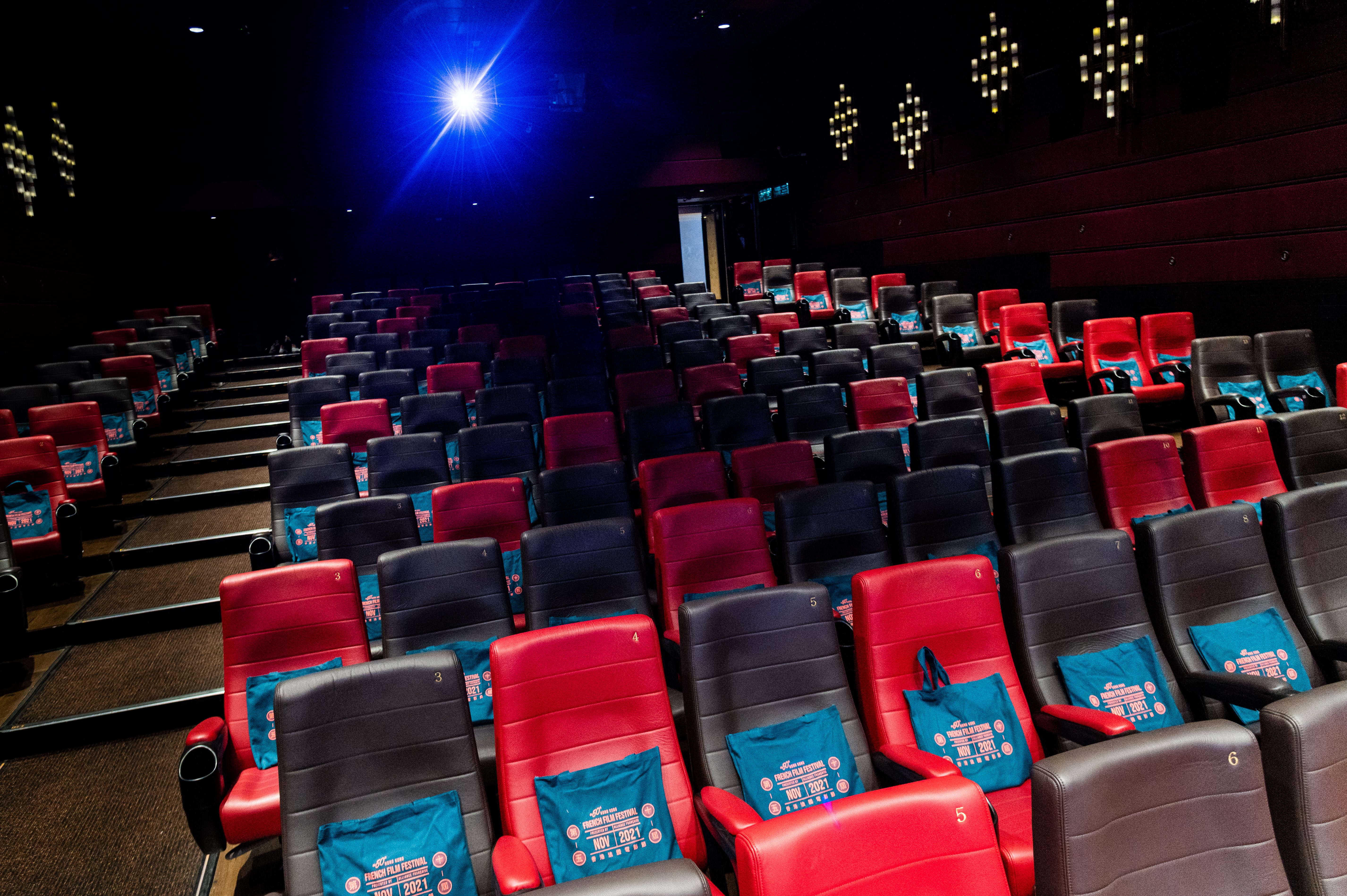 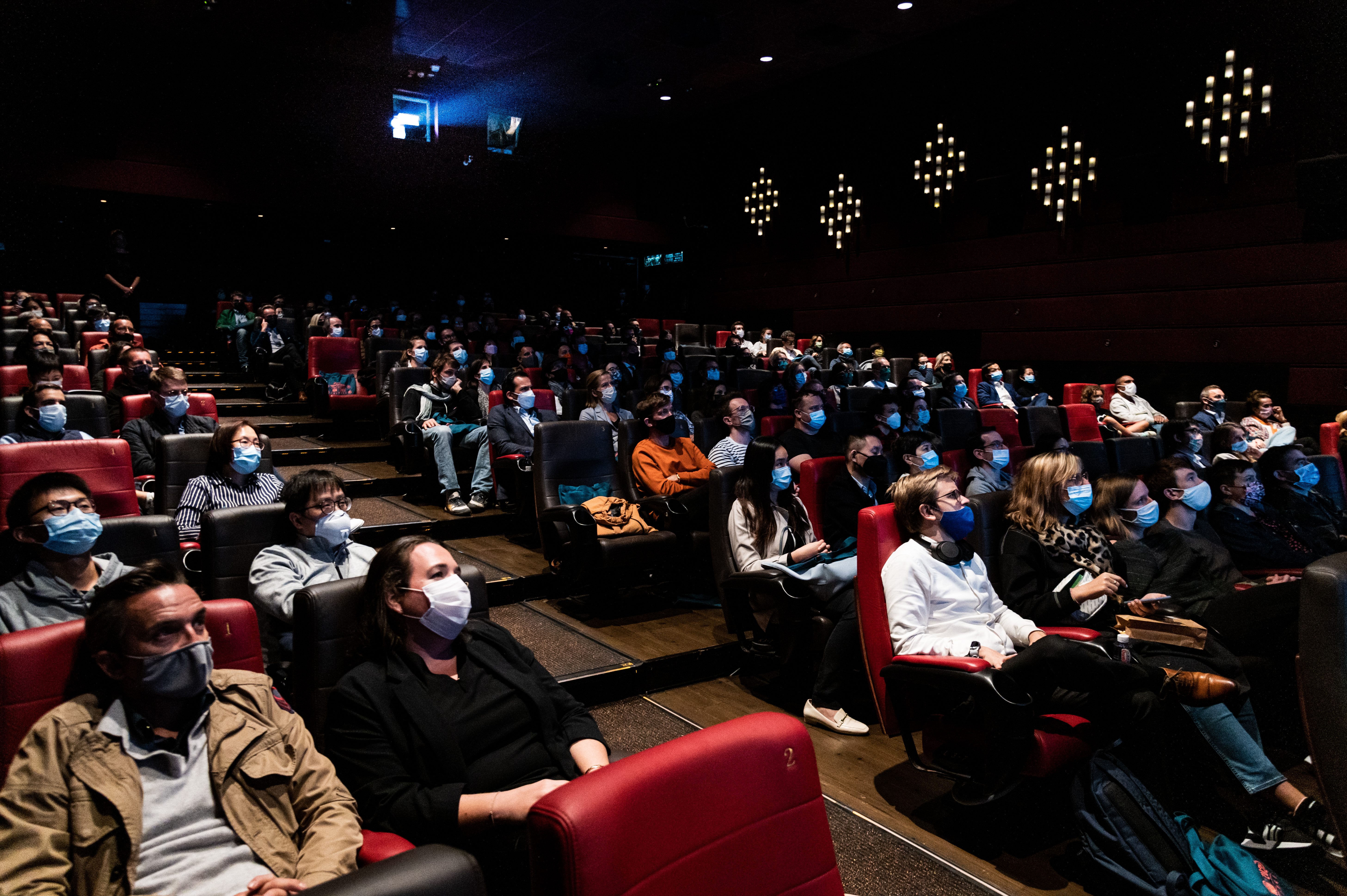 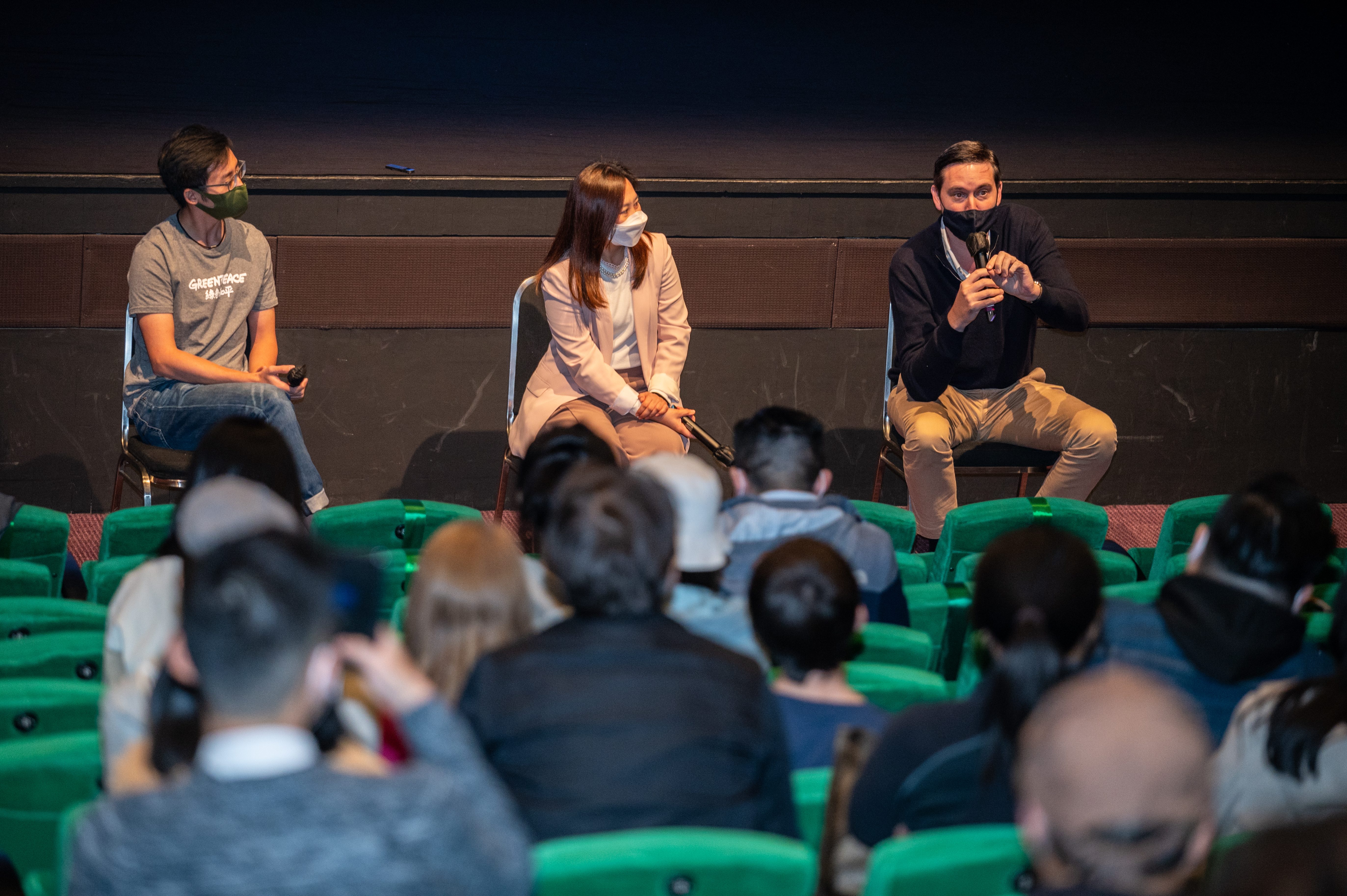 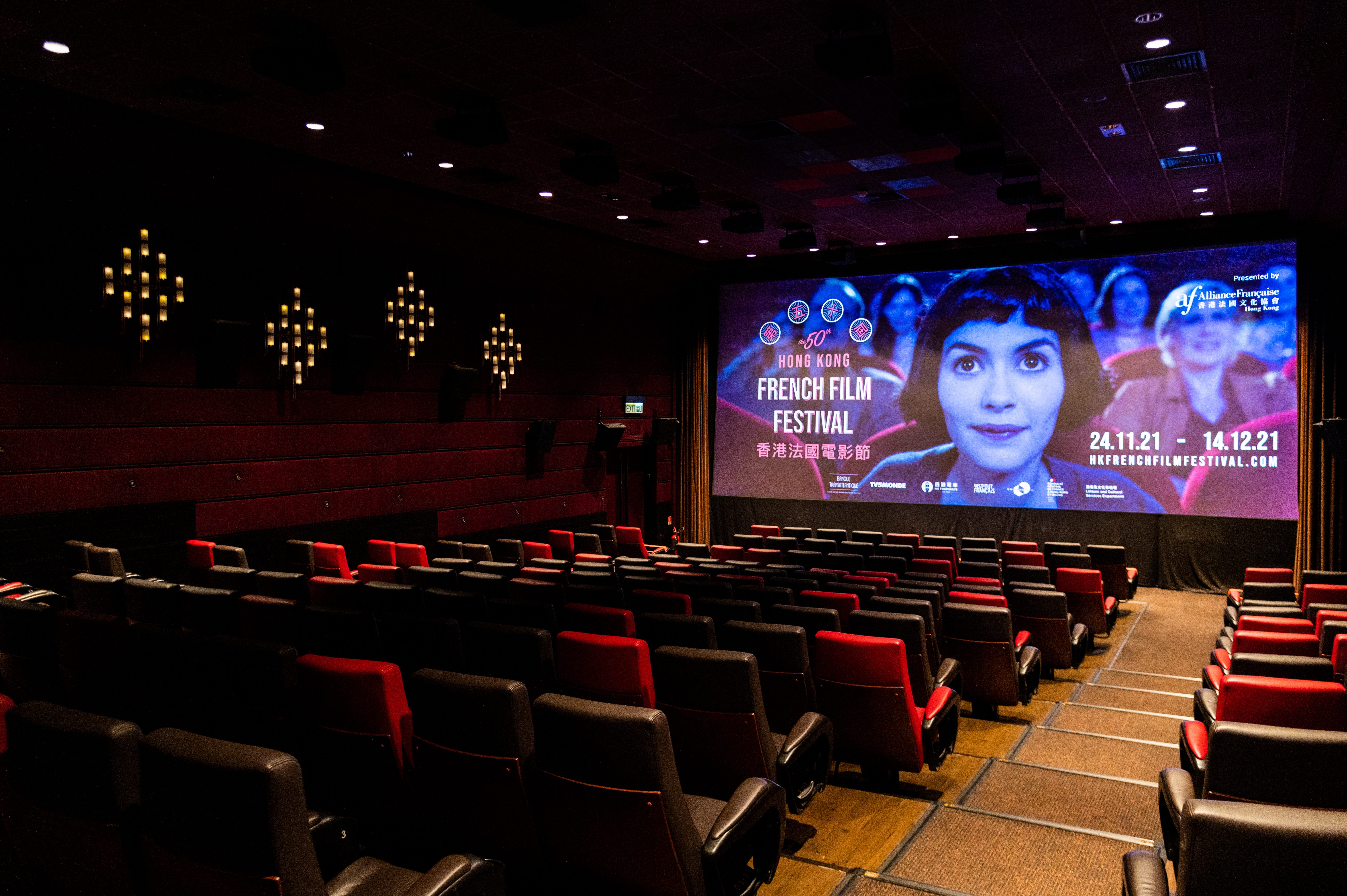