According to various estimations, there are currently 300 million French speakers across the globe, bound by one single language, i.e. the one of Molière’s. Every year in March, member states of the Francophonie organise a wide array of activities to promote the diverse cultures of French-speaking countries. Likewise, la fête de la francophonie in Hong Kong presents its feast of French culture to the Hong Kong public.

On the occasion of the 400th anniversary of the birth of Molière this year, the Consulat Général de France à Hong Kong et à Macao works with Alliance Française de Hong Kong as well as other institutions and partners to bring Hong Kong a series of events. To celebrate this historically significant playwright during the fête, we organised events including a webinar with Hong Kong’s renowned theatre director, actor and educator Mr Tang Shu-wing and author Dr Tong Yui Christophe.

The speakers with great knowledge of French culture share their thoughts regarding reinterpreting and understanding Molière and his French theatrical classics with modern perspectives. The webinar attracted over 100 French theatre enthusiasts who participated online and interacted with our guests, immersing in the beauty of French classicists literature.

Playwright Molière is the founder of modern French comedy and the representative of XVIIe century's French classicist authors with Jean Racine, Pierre de Corneille, or Jean de la Fontaine. His works and use of language have profoundly influenced societies for centuries.

Alliance Française would like to welcome you on board with our diversified choices of online cultural webinars. The fête de la francophonie website also furnishes you with plenty of online cultural resources. Don’t miss them out!

During the three decades of Tang’s career on the stage, many of his works are deeply intertwined with French classics, which doubtlessly include those of Molière. The readaptation of classics is often thought-provoking: so how did he present classicist theatrical works which depict a drastically distinct era and cultural background to the modern Hong Kong public?

For Tang, the vast structural differences between classists theatre and its modern counterpart are translated into dissimilar approaches in terms of theatrical tactics/technique - for instance, the harmonisation of prevailing minimalist stage styles in the past with contemporary aesthetical concepts.

In 1996, Tang directed Molière’s L’avare at the Macao Arts Festival, the second by the same playwright in his career. What is worth mentioning would be not only the translation of the script from French to Cantonese, but also the design of the stage.

“When readapting L’avare, what one needs to bear in mind would be the context and limitations regarding theatrical requirements,” says Tang, who points out that the stage in Macao was shallow and low, yet at the same time, needed to cater for the various actors who performed simultaneously.

Consequently, Tang adopted a minimalistic approach as a response to the longstanding French artistic traditions when he directed L’avare. He used stairs to compartmentalise the stage into upper and lower levels in order to utilise stage spaces efficiently.

“It was the notion of metatheatre that I put forward as a way to echo with the “theatricality” being highlighted in Molière’s era, on top of the Classical unities (of action, time and place) - at the end of the day, these are actors, and they are acting for the audience,” Tang added.

The direction of L’avare was a cherishable opportunity for Tang to implement and experiment with the methodologies he studied back in France.

“Whilst I had the chance to appreciate performances of exceedingly high quality when I was in France, most people have little knowledge about French culture back in Asia. Since then, I have spent three decades studying and constructing a deep-level dialogue that bridges French classics with the Hong Kong public.”

Tong highlights that classicist theatre has exceptionally high literary requirements, “for instance, the use of alexandrin, which may not be the most visible form of art to be appreciated by only reading the script in black and white.”

So how could one witness the theatrical power of alexandrin? That would involve the relationship and dissimilarities between reading and reciting, and the nuances between the script and the actual on-stage production.

Tang adds that “(Alexandrin) is an indispensable art form in the French language,” which divides every line of verse into 12 syllables (pieds) with stress on rhyming: for example, Molière’s Tartuffe was solely written in alexandrin.

“As you recite, you could reinterpret the poetic flavours and tensions of the script. It’s a magical process indeed, which acts as a guide dog, and as you move forward with your lines, you would witness the subtle inner transformation of your spirit.”

In 2005, Tang directed Racine’s Phèdre, produced with students of the HKAPA, as he translated the classical work from alexandrin into Cantonese whilst obeying the principles of minimalism and post-dramatic theatre.

“As their mentor, I believe that I need to allow my students to make good use of their bodies as a carrier to express the best of themselves. The spirit of performing arts is about feelings and expressions, and the self-transformation in between.” 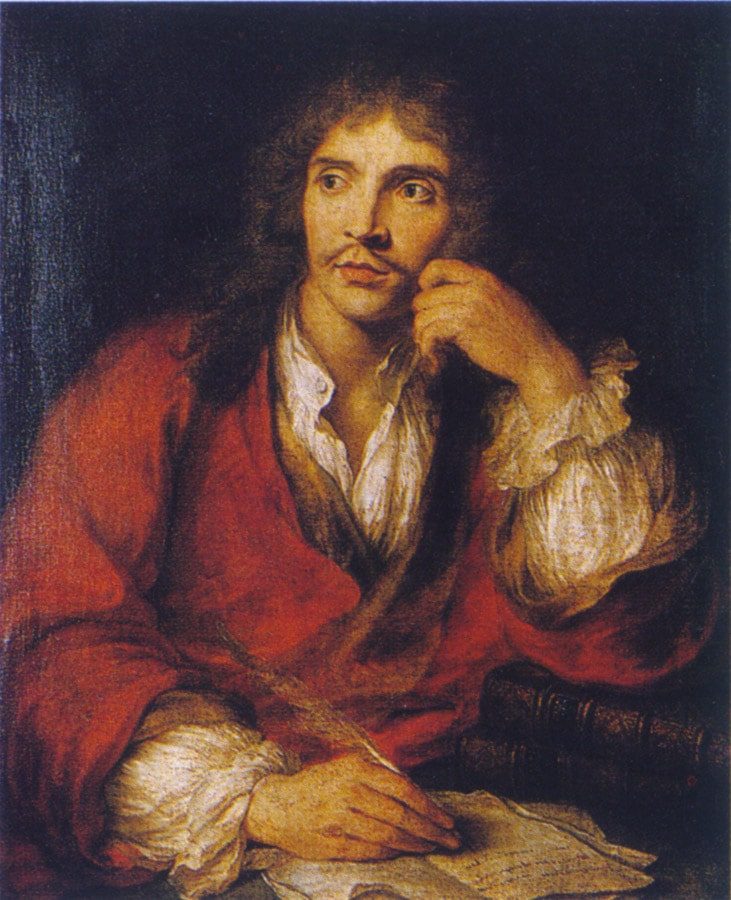 Hence, during the first two weeks of rehearsals, Tang asked the actors not to use any words or any forms of spoken language. Instead, the actors were asked to utilise their bodies to express the inner tensions of the script, and reconnect with their lines only two weeks after.

“These are the two different kinds of vocabularies, one being physical, one being lingual,” yet another opportunity for him to implement different theatrical methodologies.

Paradoxes between Readaptation and Originality

To conciliate Molière and French classicist theatre as a whole with modern the Hong Kong public, it is important to study the means of readapting tiny details within the context and of how to retain them. In order words, it is the struggle of the relationship between the readapted version and the original work of the creator. Given that French classicist theatre appreciation sounds daunting to many, one should consider reinventing it into something more intuitive and native to the locals.

Tong also observed that throughout the years, Tang’s work is always about the process of localising French theatre, exploring ways to facilitate the Hong Kong public to enjoy and immerse into the world of Molière and other playwrights. Localisation is crucial in addition to the principle of retaining the original flavours, as Tong could tell that “it’s a confluence of the two cultures.”

Tang replied that, one needs to consider which of the two directions to opt for when readapting original pieces. One is to respect the original formats of the script, manners of interpretation and aesthetics of the stage, which could clearly illustrate the origins of the piece to the audience; another direction is to reinvent the entire piece whilst retaining only certain features of the original work. Tang’s localised version of L’affaire de la rue de Lourcine (1993) best exemplifies the latter approach, “I did not emphasise that this was based on a French playwright’s work intentionally,” as he reiterates.

In Search of One’s État d’âme

Tang puts an emphasis on the inherent qualities of a theatrical piece, encouraging the audience to ponder their theatre appreciation experience and internalise French playwrights’ philosophy into one’s own comprehension.

During the course of reinventing theatre and understanding multiculturalism, Tang realised that every human being represents a different individual. “Every individual has his or her own responsibilities to fulfil, and every one of them is in the pursuit of satisfaction and happiness in their own lives.”

So what is satisfaction, or pure happiness? This is one of the key questions in the world of French theatre since it has ever existed. Until today, every person working in the field of arts in France or Hong Kong is exploring and understanding their positions as an individual.

No worries! You could revisit it on YouTube for free before it expires!


Both Tang and Tong studied in France and landed their career in cultural and artistic creation.

Tang Shu-wing is a famous theatre director and educator in Hong Kong who was trained in Paris in the 80s and 90s as an actor. As the former dean of the School of Drama at the HKAPA, Tang’s productions have been staged at multiple international art festivals.

Tong Yui Christophe dedicated his life to literary creation and education. One of his works is Colporteur (prose) as a Chinese-French translation professional.

La fête de la francophonie invites you to embark on a journey of French-speaking cultures in Hong Kong. Rendez-vous in our various activities!

Would you like to join the French-speaking community and appreciate the beauty of the French language and culture with us?

A message from the HKFFF organiser