This month our librarians present us with a few of their own picks from AF’s médiathèque titles: two picture books, a novel, and a movie. 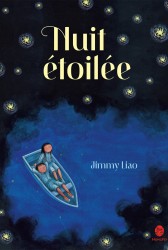 A lonely little girl feels estranged from her parents, who are both busy with work. The only adult she had a strong bond with was her late grandfather. Now, her shelter is a world of giant elephants, cats, and dragons. One day, she meets a boy who is very shy too, and tries to rescue him when others bully him. Together, they decide to leave the city, so that they can spot stars at night...

This is the latest work by renowned Taiwanese illustrator Jimmy Liao (幾米). Its beautiful artwork (with references to Magritte and Van Gogh), poetic storyline, and subtle feelings make it suitable for all publics and ages. 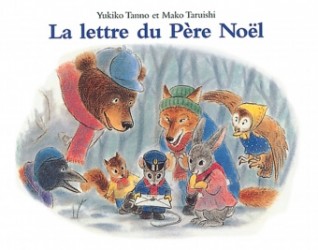 This is Christmas Eve, and the forest is covered with a thick layer of snow. Postman mouse has a lot of work to do! There are indeed many letters to deliver to the other animals. But because he is in such a hurry, postman mouse slips and drops all the letters in the snow… One of them is so smudged that he cannot tell whom it is for. All he knows is that the letter is from Santa Claus! Fortunately, the other animals help postman mouse decipher who Santa is writing to!

A beautiful and delicate Christmas tale by Japanese authors Yukiko Tanno and Mako Taruishi, which has been a classic in France. 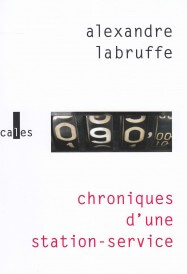 Alexandre Labruffe studied Chinese and worked for Alliance Française both in China and South Korea. This is his first novel, published in 2019. He imagines the everyday life and thoughts of the sole employee of a gas station, located in the Porte de Pantin area, between Paris and its Eastern suburbs, next to the Boulevard périphérique. Waiting for customers, the character observes a neighboring abandoned house, looks at dying neon lights, and plays draughts with a friend. Among diverse reflections on pop culture, B-movies, and the fate of our carbon-intensive consumption society, he contemplates his own position and (ir)relevance within globalization’s networks and flows. This monotonous life is shaken when he seeks to retrieve a memory stick mistakenly given to a homeless person, and tries to court a mysterious Japanese woman who carries a sword in the streets… Meaningless events, absurd yet realistic situations, and fragments of overheard conversations follow one another in a series of non-sense micro-chapters, somewhat summarizing post-modern Human condition. . 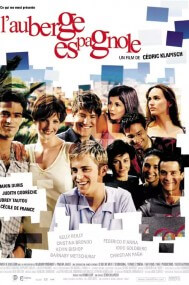 Since its creation in 1987, the Erasmus programme has allowed millions of young Europeans to spend a semester or a year in another EU country as exchange students. Directed by Cédric Klapisch, L’Auberge espagnole is a movie about these “Erasmus generations,” who had the opportunity to discover other countries, languages, cultures, and people, through this EU scheme. Xavier (Romain Duris) is an undergraduate student in economics who has dreams about becoming a writer. When he goes to Barcelona in Spain as an Erasmus student, his girlfriend Martine (Audrey Tautou) stays in France. Xavier shares a flat with roommates from different European countries. Together, they cope with cultural differences and misunderstandings, love, reaching adulthood, and life-changing choices. This is a joyful coming-of-age movie about student life, as well as a reflection on the European identity(-ies). It spanned two sequels, focusing on the same characters, as they reach their early thirties, and then their forties and parenthood: Russian Dolls (2005), and Chinese Puzzle (2013), which are both available in our library!