This is a cinema concert featuring best-known French films and the local jazz icon Patrick Lui Jazz Orchestra. Carefully selected French film theme music will be re-arranged in the format of jazz big band. These beautiful melodies, although originally did not sound like jazz, but somehow they were all related to jazz. Winner of the Oscar Film Original Music Award, Michel Legrand is the composer of “The Umbrellas of Cherbourg”, “Summer of 42” , “The Young Girls of Rochefort “and “The Thomas Crown Affair”, he also performed as a jazz pianist in different occasions and rearranged a lot of his film music into jazz. Other music from the films such as Martial Solal’s “Breathless” and Mile Davis’ “Elevator to the Gallows” obviously created the everlasting jazz film music in history and are not to be missed.

The guest singer Talie Monin, accompanied by Patrick Lui Jazz Orchestra, will sing some of the classic theme songs, while scene after scene of those beautiful movies are being project on stage, bringing both cinema fans and music fans on an enjoyable multi-media journey.


Learn more about the artists


* Besides the above performance, AFHK Member can also enjoy 50% off for “Hope & Harmony” by Niu Niu & Laurent Perrin, and Encounter with City’s Talents Concert Series – France & Metropolis. 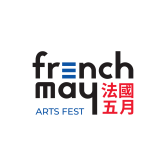