中文
French Language School › Cultural Events › French May Arts Festival › Talk: The Making of the Illustrations of Victory in the Pacification of Dzungars and Muslims- the Story of the Art of French Co

Talk: The Making of the Illustrations of Victory in the Pacification of Dzungars and Muslims 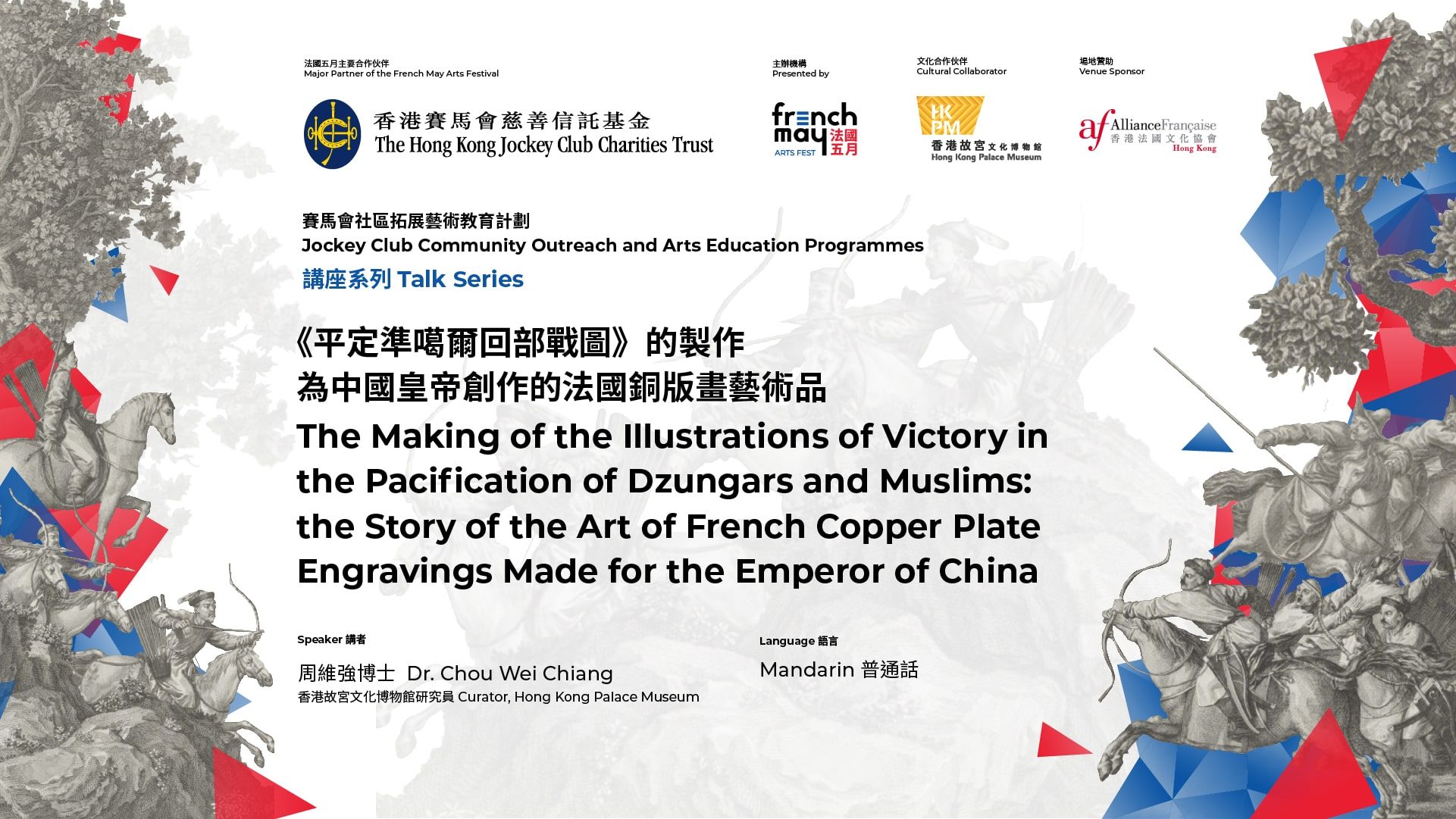 In 1764, the Jesuit painter Giuseppe Castiglione (1688–1766) was commissioned to prepare sketches for sixteen illustrations of Qing military conquests. These were sent to Europe on the orders of the Qianlong Emperor (r. 1735–1796), eventually finding their way to France, where they were etched onto copper plates used for printing. It took twelve years and more than ten trips between China and France to produce sixteen prints, which were combined with a preface by the emperor and colophons by his officials into an album of thirty-four leaves. Using realistic methods of rendering perspective, the images within synthesised the arts of China and the West. Qianlong presented copies of the completed works to members of his family and the court. Others were sent to various palaces and government offices to spread the message of the empire’s martial prowess.

Copperplate printing continued to be used to commemorate subsequent victories. The original set serves as a pioneering example of how the Qing empire used the technologies of the West to commemorate and publicise its own achievements.

Dr CHOU Wei Chiang received his PhD from National Tsinghua University in 2008. Prior to his appointment at the Hong Kong Palace Museum, he was an Associate Curator at the Palace Museum, Taipei. His research focuses on the history of the Ming and Qing dynasties and the history of science in China. Dr Chou’s exhibitions at the Palace Museum, Taipei include “Dynastic Renaissance: Art and Culture of the Southern Song”, “Voyage with the Tailwind: Qing Archival and Cartographical Materials on Maritime History in the Palace Museum, Taipei”, “Portrayals from a Brush Divine: A Special Exhibition on the Tricentennial of Giuseppe Castiglione’s Arrival in China”, and “Treasures from Heaven: A Special Exhibition of Artifacts from the Holy See”. He is the author of two major books on the history of weaponry, The Frankish Breech Loader in China and Battlewagons in Ming China. Also a keen documentarian and curator of new media exhibitions, Dr Chou has written scripts for the award-winning documentaries Impressions of Sazum, Documenting Victory in Etchings, Diplomatic Credentials that Failed to Arrive, and Rebuilding the Tong-an Ships.


If you are interested in participating in this talk, please register on the French May Arts Festival’s designated Eventbrite page from 1 May onwards:

*The Hong Kong Jockey Club Community Outreach and Arts Education Programme is supported by The Hong Kong Jockey Club Charities Trust
**All the content of works are independently produced by the organiser/creative team, and do not reflect the views or opinions of the Programmes nor the Sponsor.
***Participants must follow the anti-pandemic measures and arrangements by the Organiser. The arrangement of activity is possible to be changed in light of COVID-19 and government measures.