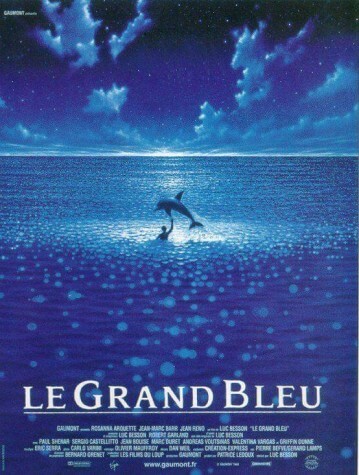 The film charts the competition and friendship of real-life champions Jacques Mayol (played by Barr) and Enzo Maiorca (renamed in the film to "Enzo Molinari", and played by Reno). However the divers were not close in age in real life (four years apart) and did not compete. The action is divided into two timelines - the nascent rivalry between the two divers as children, and (as adults) their final competition at the world free-diving championships at the Sicilian town of Taormina. Mayol's search for love, family, "wholeness" and the meaning of life and death is a strong undercurrent of the latter timeline.