One hundred and one nights 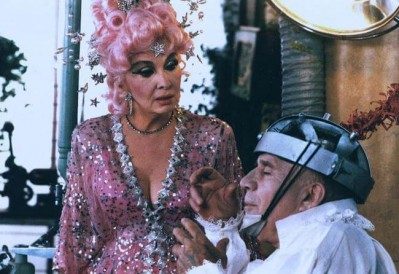 Monsieur Cinema is almost one hundred years old and lives in a chateau-museum with his butler, Firmin. He's starting to get things mixed up and believes that he's all cinema in one person. What his memory needs is a daily aerobic work-out. So he decides to hire a film student. And it wouldn't hurt if she were young and pretty! Enter Camille. Camille meets the many stars who come to visit Simon Cinema. Mica, Camille's boyfriend, although still a trainee, is preparing his first film and needs money. Camille then hatches a plot to get her hands on the old man's inheritance. His sole heir, his great-grandson, has vanished. The two young people decide that Vincent, recently returned from India, would be the ideal impostor. The scheme works! Simon Cinema is delighted to see the last surviving member of his family again... But he has more than one trick up his sleeve and doesn't intend to die just yet. This is his "golden age"...