From Pop Art to Happenings

By the School of Nice

The exhibition, designed by the Museum of Modern and Contemporary Art (MAMAC) in Nice, documents the last major art movements in post-war France and illustrates the city’s extraordinary contribution to the history of art in the 1960s–70s. At the time, the artists featured in the exhibition were instantly identified as trailblazers, quickly becoming highly influential, and they were granted solo shows in major galleries in New York and Los Angeles. The MAMAC collection is quite unique in France and this show revisits these key moments in the history of art and contributes to a new appreciation of post-war art in France.

The School(s) of Nice created its own version of Pop Art. Artists in Nice pioneered the international Pop Art movement. Martial Raysse and Arman preceded Andy Warhol and James Rosenquist in their use of consumer goods and in their fascination with the entertainment industry, including mass tourism. The sculptures of Cesar and the wooden panels of Gilli are among the most iconic images of French Pop Art. 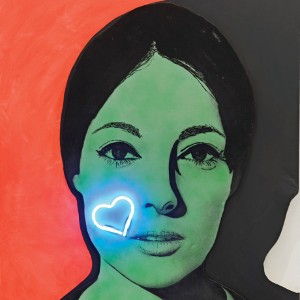